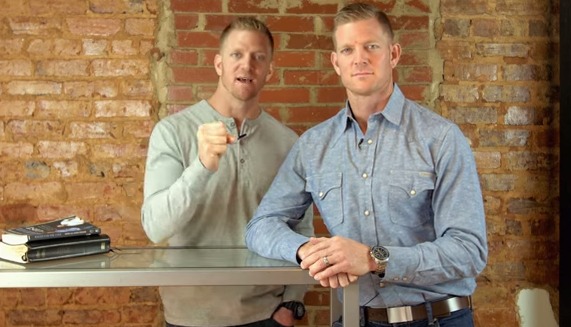 In a new op-ed, the Benham Brothers are offering their two cents on the school shooting in Parkland, Florida last week.

The brothers start by saying they’re brokenhearted over the shooting, “where 17 souls were gunned down by a troubled, teenage boy named Nikolas Cruz.”

“Our responsibility as Christians to be the hands and feet of Jesus, by weeping with the brokenhearted and bringing comfort in every way possible,” they say.

And they’re doing so by linking the tragedy to stuff like illicit sex and sexual immorality. You know, a natural segue.

Jesus said, “Out of the heart come evil thoughts – murder, adultery, sexual immorality, theft, false testimony, slander.” The bottom line is that we live in a fallen world, where human beings have hearts capable of great evil, aided and abetted by demonic forces of Satan, who come only to “rob, kill, and destroy.”

So what could possibly cause a young man like Cruz to behave in such a horrific and evil way? Besides Satan, that is.

“[Cruz] lives in and has been educated by an American educational system that has completely rejected God, His statues and His ways,” the brothers say.

Schools these days have become a “major problem,” they continue, because they now promote things like drugs and illicit sex (a.k.a. homosexuality).

“And this digression can be directly pinned back to the 1960s, where a series of Supreme Court decisions aggressively removed God from our schools,” they write, resulting in an “aggressive dismissal of moral standards.”

Evil, the brothers say, has filled the void left by God’s forced removal from public schools.

“It’s time to turn back to the only One who can save us,” they write. “Jesus, who can penetrate the most hardened hearts.”