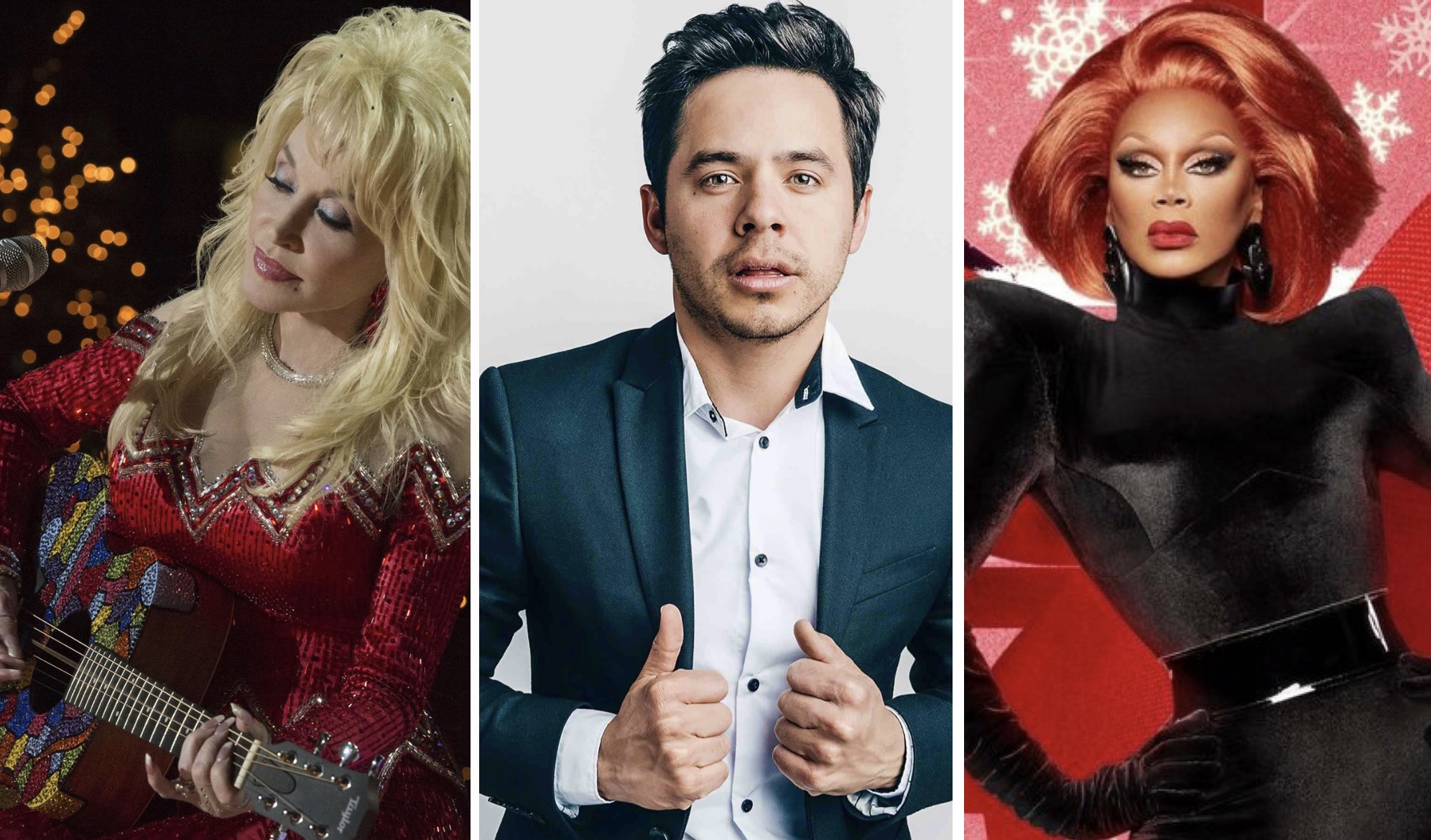 The chestnuts are beginning to roast, the reindeer are getting their hooves polished, and every retail store in America is cueing up seven different versions of “Happy Xmas (War is Over)”. It must be the Holiday season!

It can be tough to find new releases from queer and queer-adjacent artists, when half the new Christmas music out is by Acousticguitar Straightman (feat. Some Lady). That’s why we’ve gathered up the freshest gems of the season for you to get your ho-ho-homo on.

Check out these five new gay Christmas faves, and keep scrolling for our full-length Holiday playlist!

“Show Me That You Festive” by RuPaul

After the past couple years, it’s no wonder Mariah can’t trademark “Queen of Christmas” — RuPaul is coming for her crown! We’ve gotten her Holi-slay Spectacular, The B*tch Who Stole Christmas, and the “Hey Sis, it’s Christmas!” Old Navy commercials. Put those with THEE ornament of 2021, and she’s basically Mrs. Claus in heels. The song is perfect for the early Christmas enjoyers, kicking off with “I was born a November baby, but I prefer December, baby!”

The premier Christmas violinist has wrangled in “Crush”-singing bi cutie David Archuleta for a chilly, charming duet. It’s in that “Do They Know It’s Christmas?” vein of “life is hard, but we love Christmas!” messaging, but in a much nicer, lighter package. It’s no wonder that these two Mormon music-makers came together to make the most saccharine winter track of the year.

“Jingle Those Bells” by Debbie Gibson

“Jingle Those Bells” is, as the title would suggest, quintessential Christmas pop. Decades-enduring diva Debbie Gibson knows how to put together a crowd pleaser, and this tried-and-true helping of Holiday cheer is further evidence of such. It also vaguely brings to mind the viral “are you ready to jingle your bells?” video that lives on as a mandatory annual watch.

Your favorite acapella band-turned-professional Christmas carolers are here with another seasonal collection. This time, they’re presenting Holidays Around The World, teaming up with the likes of Lea Salonga and Shreya Ghoshal for a little international flair. The album kicks off right in the US of A with Meghan Trainor duet “Kid On Christmas”. We can’t help but wish Scott and Mitch were still working on the sensational queer pop of their Superfruit duo, but these jingling bells seem to pay the bills well.

Day-one Dolly fans know this track, “A Smoky Mountain Christmas”, comes right from her 1986 made-for-TV movie of the same name. However, a soundtrack from this movie-musical was never released. Now, 36 years later, three songs from the film have been recorded and added to the “Ultimate Deluxe” edition of A Holly Dolly Christmas. There’s never a bad time for a ho-ho-hoedown!

Check out our these and other tracks in our official Holiday playlist: