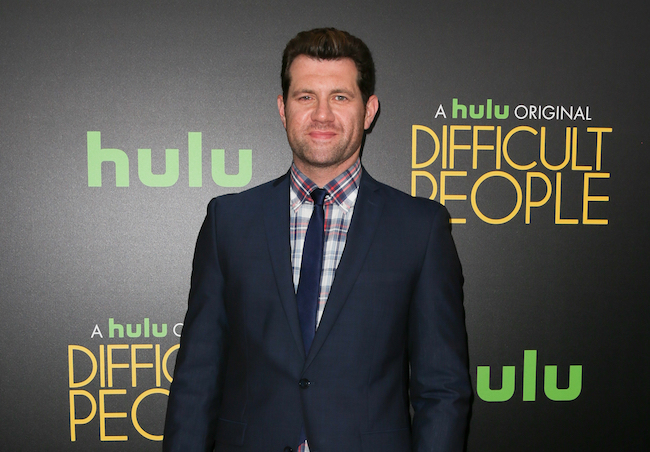 Billy on the Street’s Billy Eichner took to Twitter this past weekend to express his belief that Vice President Mike Pence is a homosexual, as right-wing website Heat Street none-too-fondly reports:

Pence is a closeted gay man who turned his self loathing into a political agenda 2 punish the part of himself he hates most. Enjoy the game!

By this point, Pence is probably used to being trolled on Twitter. He’s already been lampooned by the likes of Mike Hot-Pence:

He was also compared (unfavorably) to adult film star Brad Patton in memes such as this: 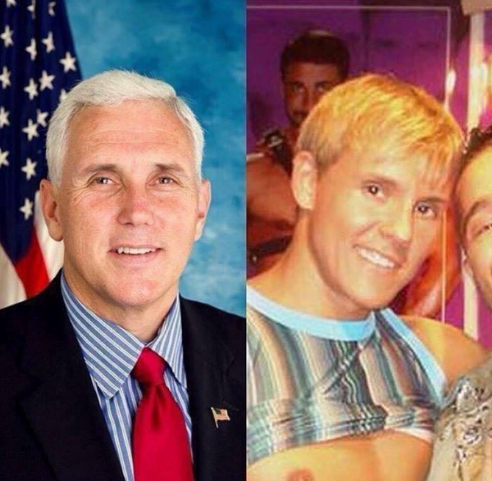 Related: The Warwick Rowers disrobe to send passionate message to Trump and Pence

Right now, there’s an ongoing Reddit thread in which community members are weighing in on what exactly to do with the antigay politician and “best defend ourselves from losing the rights we worked so hard to get.”

None of Pence’s attempts at making laws against gays survived here in Indiana, because large businesses that make up a great deal of the state’s economy threatened to move out of the state.

Also: unless one announces that they are gay to every business they enter the business would have to prove they are gay. It would surely generate a lot of law suits if business only guessed that people were gay, refused to serve them and they weren’t gay.

Lastly: one could and still can be fired for being gay in Indiana long before Pence was in office here.

You can join that discussion here.