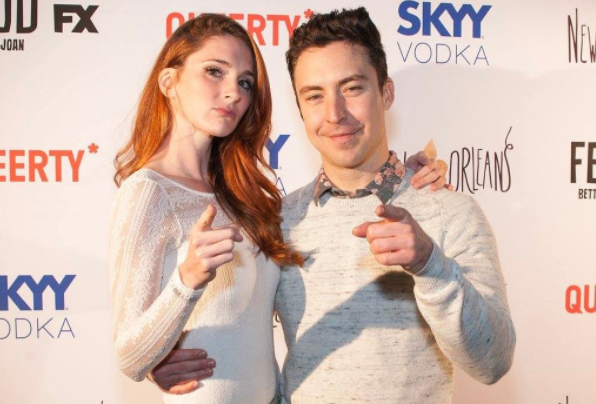 Brian Jordan Alvarez is an actor, writer and filmmaker based in Los Angeles. In addition to his many smart, sharply funny sketches, he created one of the best damn web series to ever hit YouTube with “The Gay and Wondrous Life of Caleb Gallo”. The series was named IndieWire’s best web series of 2016 and nominated for a 2016 IFP Gotham Independent Film Award for breakthrough series (not to mention a 2016 Queerties Award). Variety named Brian one of 10 comics to watch for 2017, and we just can’t get enough of him.

My upcoming feature film Everything Is Free.

Describe your first pride for us.

Oh shit! I think it was me and my friend Reynaldo walking around looking for guys to hook up with! We ended up at the apartment of a friend I knew from college in a hot tub and somebody was talking about how they didn’t believe in bisexuality. I strongly disagreed, of course, and was saying that people not believing in bisexuality is what causes so many bisexuals to stay in the closet and play out their gay fantasies in unhealthy ways.

When I try to be funny to guys with no sense of humor, only to realize they want me to act serious and sexy. Which maybe I can sometimes pull off.

Toronto! I don’t know why. This came to my mind.

Does Pride feel different this year? Why?

Because we’re all going to die.

Fancy by Iggy Azalea–YOU HEARD ME.