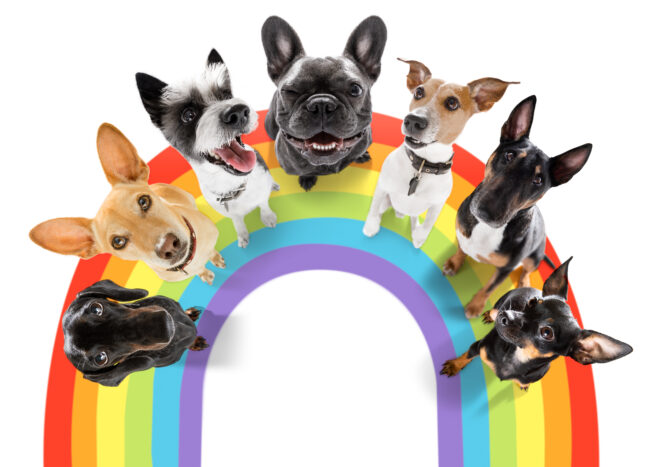 Dogs are some of the most loyal and expressive creatures on the planet. They demonstrate unending love and affection for their owners and will even affectionately snuggle up to other dogs. But what about when a cuddle turns into mounting? And what if your dog mounts another dog of the same sex? Does that mean dogs can be gay?

The simple answer is that it depends. While homosexual behavior isn’t as typical in dogs as in humans or other species, there have been numerous documented cases of same-sex attraction and relationships in canines.

RELATED: Dogs Owners Dump Pet At Shelter Because They Thought He Was Gay

How Do Dogs Demonstrate Sexual Behavior?

Understanding how dogs express sexual behavior can put their homosexual tendencies into perspective. Naturally, male and female dogs behave differently, so let’s break them down below:

During this time, they become interested in mating, engaging in behaviors like backing into male dogs or deflecting their tails. Around the tenth day of heat, they will release ova (eggs) and allow male dogs to mount them.

Most female dogs will go into heat twice a year and can experience estrous cycles up to four times annually. 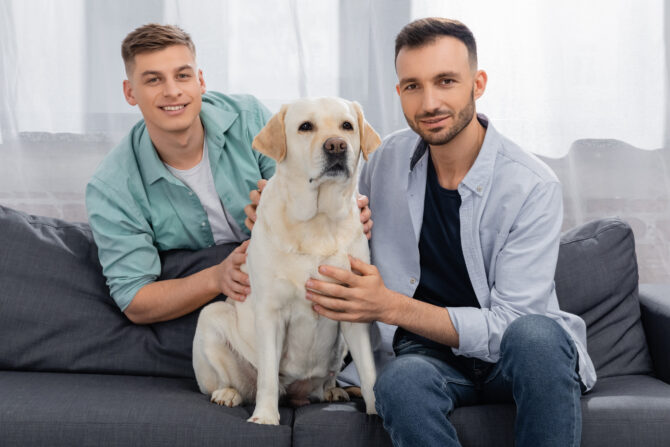 The answer to the question “Can dogs be gay?” is not a straightforward yes. Gogs can engage sexually with other dogs of the same sex. However, because dogs are not necessarily self-aware, they cannot be gay in an emotional or romantic sense.

After all, having gay sex does not equate to being gay. Plus, dogs experience an entirely different reality from humans. For instance, some female dogs prefer to assume a more dominant role when in heat, while some males are naturally submissive. At most, people can only infer a dog’s preferences based on how they behave around other dogs.

Overall, your dog will do whatever feels appealing to them at the moment. They might try to hump another dog of the same sex one day, then hump all your furniture the next day. 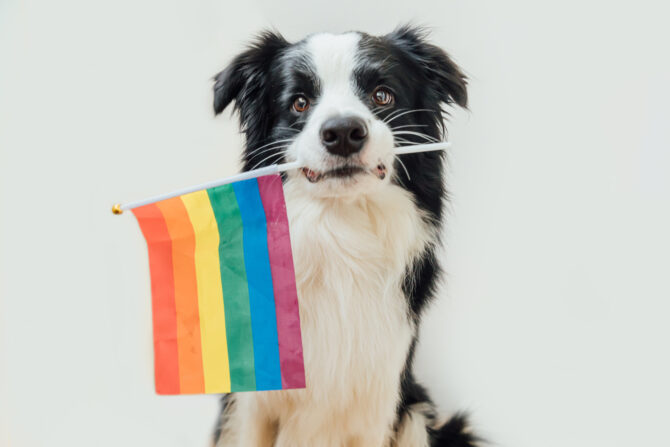 Why Do Dogs Hump Everything?

Speaking of humping, one of the most common questions new dog owners tend to ask is, “Why does my dog hump everything?” Mounting another dog of the same sex is already confusing, so it can be even more perplexing to see a dog excessively humping couches, pillows, or other things.

There are a few reasons why a dog might engage in excessive humping that not many owners realize:

Not all mounting or thrusting behaviors in dogs are sexual. Puppies, in particular, will hump anything they see to relieve excess energy or for casual play.

Excessive humping is not just limited to puppies – some older dogs will do it to assert dominance. Dogs that frequently do this might not have been adequately socialized. The good news is that owners can prevent dominant and aggressive behaviors by training their dogs while they’re young.

The most common reason for excessive humping is that a dog is in heat. Dogs that are not spayed or neutered are more likely to hump. The longer a dog remains “intact”, the more challenging it’ll be to reverse this behavior in the future.

Believe it or not, stress can cause excessive humping! Dogs left alone most of the day tend to become anxious and are more likely to engage in unwanted behaviors like humping, digging, scratching, and chewing. 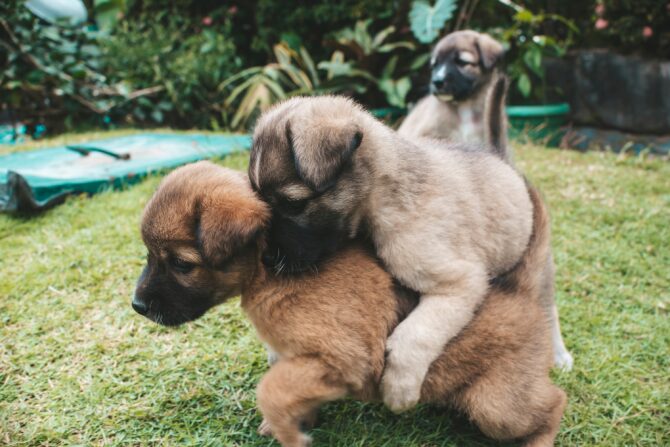 Homosexual Behaviors In Other Animals

Given that it’s common knowledge that dogs can engage in homosexual behaviors and express themselves in unusual ways, many people wonder how common “homosexuality” is in the animal kingdom.

The truth is that hundreds of other animal species exhibit homosexual preferences and behaviors. For instance, Humboldt penguins often enter same-sex partnerships when they “adopt” orphaned eggs. Dolphins are also notorious for engaging in sexual intercourse with other dolphins of the same sex.

Most famously, a 2008 study found that 6% of male sheep will engage in courtship and mating rituals exclusively with other male sheep, regardless of whether receptive females are present. The study found that these “homosexual sheep” had a smaller hypothalamus than their heterosexual counterparts. Interestingly, a study of gay men also observed the same results.

Aside from penguins, dolphins, and sheep, other species likely to engage in homosexual activities include birds, bats, insects, lizards, monkeys, and fish. However, these animals do not typically form long-term bonds, instead engaging in short-term courtships.

Over 1,500 species have been observed to engage in homosexual behavior, and many groups continue to study this phenomenon. In 2006, the Natural History Museum in Oslo hosted an exhibit called “Against Nature”, dedicated to monitoring and explaining homosexual behavior in different species.

If a dog demonstrates homosexual behavior, the best thing an owner can do is ensure that they are happy and healthy. That said, just because a dog has homosexual tendencies does not make it any more likely to contract a disease than other heterosexually oriented dogs.

Owners can make their dogs feel more comfortable and prevent destructive behavior by: 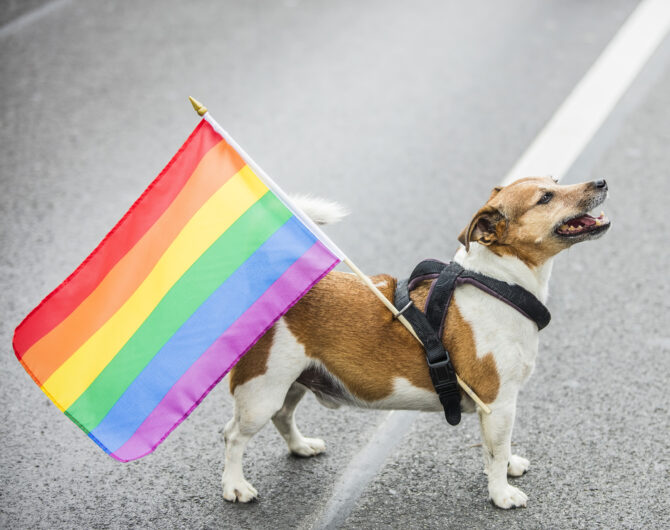 If you suspect your dog is “gay,” rest assured that some homosexual behaviors like humping or cuddling up to other dogs of the same sex are nothing out of the ordinary. If anything, it’s possible your dog could use a bit of extra attention! Instead of worrying about your dog’s “sexual orientation,” it’s essential to make sure your dog is healthy, happy, and entertained.