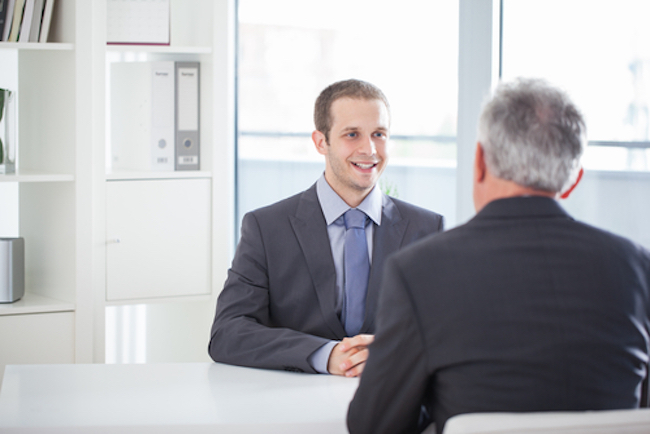 Are gay men and lesbians turned down for prominent jobs and paid significantly less because of their voices?

A just-published study in the Archives of Sexual Behavior insists the answer is a sibilant “Yes.”

The study presented a heterosexual sample group with a handful of photos and audio snippets of gay, lesbian, and straight speakers (whom participants in an earlier study claimed had “prototypical” gay and straight voices). No further info was provided about the speakers.

Based solely on the timbre of the voices, study participants were asked to evaluate each speaker’s competency level: Would they be suitable applicants for a fake CEO position?  What would be a fair salary for them? The sample group also asked to come up with a fair salary for the disembodied voices.

Related: Filmmaker Hopes To Discover What Makes Us “Sound Gay” In New Documentary

Overall, participants associated “heterosexual-sounding voice” with “masculine” traits, and wound up assigning them higher competency levels and better salaries. Meanwhile, lesbian candidates were associated with a “lack of femininity” and received far lower evaluations than their straight peers.

“These results demonstrate that the mere sound of a voice is sufficient to trigger stereotyping, denying gay- and lesbian-sounding speakers the qualities that are considered typical of their gender.

It is revealing, that despite all the work to lessen discrimination against the LGBT community, people subconsciously typecast an individual before getting to know them. This study highlights that it can be a real problem in the workplace and for people’s career prospects.”

One notable limit to Dr. Fasoli’s research: the study solely used Italian subjects, which means “the stereotypical beliefs investigated here may be specific of the Italian context.”

In an interview with NBC Out, filmmaker David Thorpe — who directed a documentary called “Do I Sound Gay?” that explores stereotypical “gay voices” — said he “wouldn’t be surprised if that study played out similarly in the U.S.”

“Obviously in real life when you’re sitting in a real interview situation you’re seeing much more. I don’t know that the outcome would be the same if you were able to study actual job interviews.”

Nevertheless, he thinks it’s an important study since it “prove(s) that people have these stereotypes.”

Related: Welcome To A World Where Straight People Talk Like Gay Men