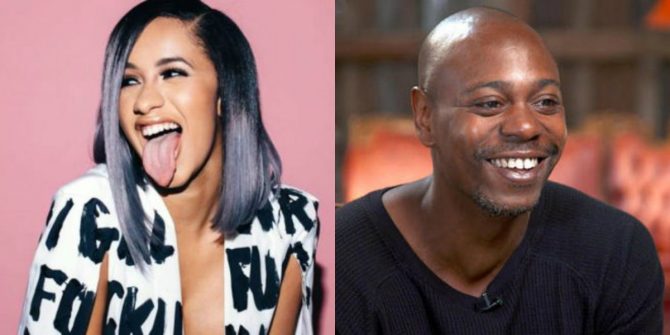 As conflicting stories continue to battle it out in headlines over the attack of Empire star Jussie Smollett, celebrities have begun to preemptively criticize the actor for possibly faking a homophobic and racist attack.

Bisexual rapper Cardi B. took her reservations to social media, expressing her frustration with Smollett.

“I’m really disappointed in him,” she says. “I feel like he f*cked up Black History Month, bro. I’m not gonna say, yet. Until he says it out his mouth that it was fake and the sh*t was staged, I don’t want to completely blame him, because somebody I was talking to, they said police in Chicago are racist. So they might probably try to frame him and make him look like he’s a liar. But if he’s not, then bro you f*cked up, for real.” Cardi B. also added the important caveat that she’s still giving Smollett the “benefit of the doubt” that she still believes his story until further proof comes out that Smollett staged the attack.

Cardi B gave her opinion on the Jussie Smollett case on Instagram live. (1/2) pic.twitter.com/6AYU7cT5nL

Meanwhile, journalist Jeff Taylor reports comedian Dave Chappelle also addressed the controversy during a recent stand-up set in Charlotte, North Carolina. Having informed the audience of growing doubts over the legitimacy of the Smollett attack, Chappelle joked that he wanted to “break a dollhouse over [the actor’s] head”–a veiled reference to a homophobic joke made by comedian Kevin Hart. Hart lost out on hosting the Oscars after his homophobic tweets resurfaced, and the comic refused to apologize for them. Chappelle went on to scrutinize elements of Smollett’s account of the attack repeating false rumours that Smollett had said his attackers wore “Make America Great Again” hats and that the producers of Empire had planned to fire him from the show.

The attack on Jussie Smollett occurred on January 29 in Chicago. Smollett alleges that multiple attackers physically assaulted him, doused him with chemicals and tied a noose around his neck while calling him “fa*got ni*ger.” Various news outlets have begun to report, however, that Smollett may have paid two brothers who worked on the show Empire to stage the attack for publicity. Online speculation has hypothesized that Smollett may have done so to boost his popularity and prevent the show’s producers from writing his character off the show.

Fox, the network behind Empire, as well as writers for the show, have denied that they’d ever considered removing Smollett from the series. Chicago police have also released statements saying they do not question the veracity of Smollett’s account.