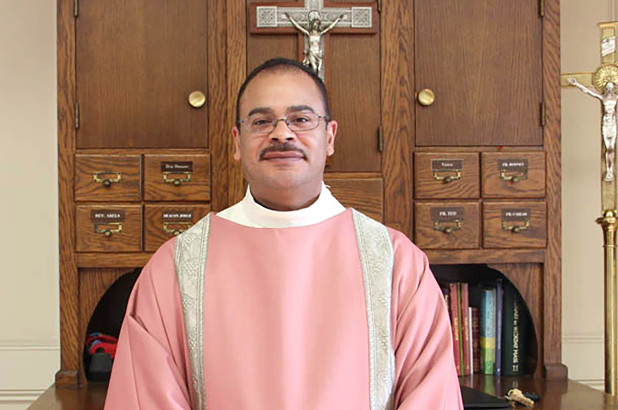 A New York-based Catholic deacon was recently arrested for trying to arrange sex with a 14-year-old he met on Grindr.

According to prosecutors, Rogelio Vega, 50, of Maspeth, Queens, was in fact chatting up an undercover detective posing as a teen.

“This defendant by all outward appearances is a church-going family man,” said Queens DA Melinda Katz. “Sadly, the real person under the sheep’s clothing is an alleged sexual predator who sought out a teenage boy to fulfill his needs.”

Vega is…er, was, a deacon with Saint Sebastian Roman Catholic Church, and allegedly downloaded Grindr in July 2020 where he began communicating with the undercover officer he thought was a teenager. There, he allegedly asked for explicit photos, and sent several of himself.

The chatting escalated until Vega, who is married with four children, pushed the “teen” to meet up in person for oral sex.

They agreed to meet at a pre-arranged location on January 19. Vega reportedly pulled up to the spot and flashed his headlights to signal he was there, at which time the detective entered the car and arrested him.

Vega was arraigned on one count each of attempted use of a child in a sexual performance, attempted criminal sexual act, attempted disseminating indecent material to a minor and attempted endangering the welfare of a child for which he faces up to seven years in prison. He was released on a $50,000 bond.