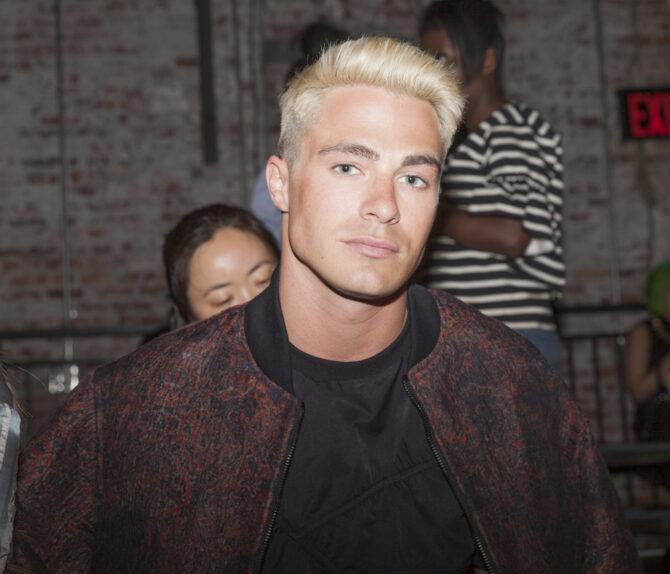 Actor Colton Haynes has opened up about his early days in Hollywood, detailing his journey from being an out, precocious teen in the Midwest, to closeted Hollywood actor, to coming out all over again.

In a first-person piece for Vulture, Haynes describes how he was working as a go-go dancer by age 14, and “confidently queer.”

That would all change after he and his then-boyfriend, Jay, modeled for the March 2006 issue of gay magazine, XY.

“Jay and I were invited out to Los Angeles to celebrate the release of the issue,” he writes. “During our trip, we wound up at the home of a movie executive who lived in a mansion in the Hollywood Hills.”

There, Haynes met an older, gay writer who showed an interest (perhaps too much interest) in him. He also saw an opportunity to make it in Hollywood.

After moving to Los Angeles just after high school, it became clear the reality would not match the fantasy.

A manager he calls “Brad” — Haynes doesn’t call anyone out by their real name — invited him to attend acting classes that quickly got weird.

“’Why are you using your hands so much when you talk? And your posture is too … loose,’” Haynes recalls Brad telling him. “’We’re definitely going to have to change your mannerisms. They’re a little too … theater.’ Code for gay.”

Everyone in the class was required to routinely perform scenes naked. For Haynes’ first assignment, he had to simulate gay sex on stage, fully nude.

Brad wound up dropping Haynes, telling him, “‘I’m sorry, but this isn’t working out. Your voice, your mannerisms — they’re still too … gay.’” Then Brad handed him a card that said “Rentboy.com” and told him, “’If you’re hard up for money. I know a place that might be able to help.’”

Haynes’ next job was as a phone sex operator, where he was regularly asked to engage in “farm play” by male callers. Common phrases included “Squeal for me, piglet,” “You want to get fat for your master, little piggy?”and “Want me to feed you your food?”

When he finally signed with an agent, Haynes did everything he could to mask being gay, and his new team considered the XY photo shoot “so radioactive it had lawyers send cease-and-desist letters to anyone who posted the images online.”

Side note: Queerty received one of those cease-and-desist letters. Haynes has since shared the image via Instagram, writing, “Being gay is worth celebrating. I wish I’d figured that out sooner, but I’m so glad I know it now.”

Hiding who he really was may have aided in booking roles on TV playing straight characters, but it proved dangerous for his mental and physical health. “My mental health deteriorated, and I grew dependent on alcohol and pills,” he writes. “When a doctor suggested my secret was making me sick, I knew he was right.”

In 2016 he decided to come out publicly and get sober. Mixed in with the outpouring of support, he was also criticized for “taking too long” or being “cowardly.” And most of the work he was getting dried up.

“When I was closeted, I beat out straight guys to play straight roles, and I played them well,” he shares. “Now, the only auditions I get are for gay characters, which remain sparse.”

And while he’s “eternally grateful to the handful of gay men who created opportunities for me: Jeff Davis, Greg Berlanti, and Ryan Murphy,” he calls them “the exception, not the rule.”

“To be a gay actor in Hollywood, even in 2021, is to be inundated with mixed messages,” he writes. “Consumers are mostly straight, so don’t alienate them. But lots of the decision-makers are gay, so play that game!”

Haynes’ most recent appearance was in Lil Nas X‘s 2021 music video for “Industry Baby.” He hasn’t appeared on TV or in film since 2018.