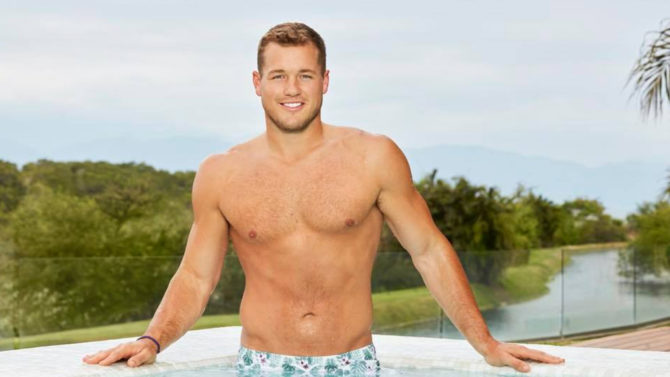 Despite tons of negative criticism, angry tweets, and a change.org petition signed by 35,000 people and counting demanding the show be canceled, Netflix seems committed to moving forward with its Colton Underwood docuseries.

Earlier this month, it was reported that Underwood was in the middle of shooting a series about his coming out journey and that Gus Kenworthy would serve as a “guide,” introducing him to the wonderful world of all things gay.

Related: Netflix is being pressured to pull the plug on freshly out Colton Underwood’s new show

Many people were upset that the former Bachelor star was being rewarded for coming out with Netflix show given his not-so-distant-history of alleged abuse against his ex-girlfriend, Cassie Randolph. (Read all about that here.) And many others were disappointed in Kenworthy, who usually exercises good judgement, for getting involved.

Rather than issue a comment on the controversy, Netflix, Underwood, and Kenworthy chose to remain silent, likely hoping that if they don’t say anything, by the time the show airs, people will have calmed down. But somehow we don’t think that’s gonna happen.

Bravo’s deeply problematic 2003 reality series centered around James, a gay man who was presented with 15 potential male suitors. What he didn’t know, however, was that half of them were only pretending to be gay. Psyche! The cruel show lasted six episodes before it was canceled.

Logo’s 2017 reality series successfully managed to reenforce every negative stereotype about gay men as it followed around six guys for an entire summer on Fire Island. The short-lived series was blasted by critics and viewers alike for somehow being offensively bad and achingly boring both at the same time.

There’s Something About Miriam

This 2003 reality series featured six men all trying to woe 21-year-old Mexican model Miriam Rivera. It wasn’t until the final episode that she shocked them by revealing she was trans. Afterwards, several of the men filed a lawsuit against the show’s producers citing psychological and emotional damage.

A Shot at Love With Tila Tequila

MTV’s 2007 reality series starred bisexual Myspace star Tila Tequila. 16 straight men and 16 lesbians all competed for her love. There was just one problem. Tequila wasn’t actually bisexual. Oh, and she already had a boyfriend. In 2018, she admitted that the whole thing had been a sham, describing her presence on the show as being “gay for pay.”

This Sundance Channel reality series lasted for two seasons, one set in New York and one set in Nashville, and chronicled the lives of four gay men and their female BFFs. There was nothing blatantly offensive about it aside from the fact that the whole premise was passé even by 2010 standards and the people were very, very obnoxious.

Logo’s Bachelor-inspired reality series aired in 2017 and was doomed to fail when, one week before it premiered, it was reported that the show’s star, Robert Sepúlveda Jr., used to be an escort. This was followed by a pornographic tape leak. It wasn’t Sepúlveda’s past that was the issue, but rather that he tried hiding it from producers and then lied about it to audiences, which completely killed the show’s credibility.

Lifetime’s 2007 reality series involved a female contestant going on a poolside group date with three men. There was a catch, of course. One of the men was straight but in a relationship, another was gay and in a relationship, and the third was straight, single, and ready to mingle. The woman had to guess which was which. If she picked correctly, she won a trip.

What Happens At The Abbey

Who wants to see what happens at one of West Hollywood’s most popular gay bars? Turns out, no one. E’s awful 2017 reality series lasted just seven episodes before the network hit the abort button when it realized nobody wanted to watch a bunch of drunk narcissists and D-list celebrities like Brandi Glanville and Tori Spelling get wasted and treat people like assholes.

This truly awful 2004 reality series involved a heterosexual woman and a bunch of dudes all forced to live together on ranch. Her challenge: Guess which of the guys were gay and which were straight. Each week, she would watch them participate in group activities, observing their vocal inflections and mannerisms, then identify which ones were homosexual. If she picked correctly, she won $500,000.