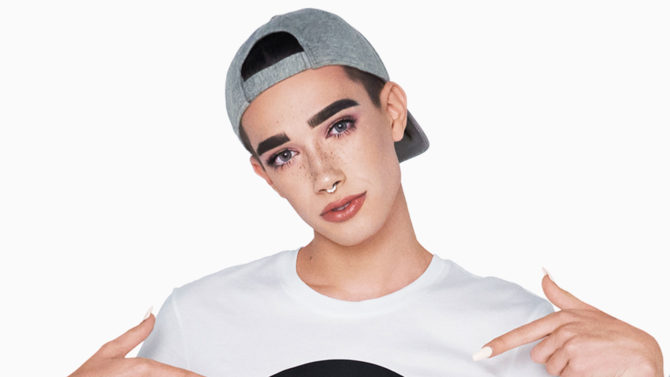 CoverGirls’ first ever “Cover Boy,” James Charles fired off a racist anti-Africa tweet yesterday and people are pissed. The tweet, which has since been deleted, joked about Africa being a disease-ridden place where he may catch Ebola: 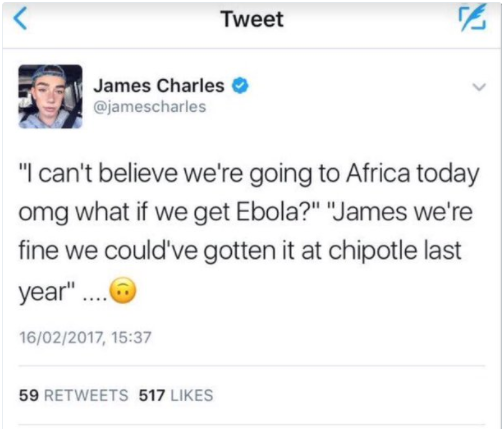 Not only is the tweet not funny, but it’s factually inaccurate. Last month, the World Health Organization said the continent of Africa was now clear of Ebola.

After people got upset about the tweet, 17-year-old James fired off a hastily-written apology:

I am extremely sorry. Regardless of my intentions, words have consequences. I take full responsibility and will learn and do better.

A short while later, he posted a longer apology, saying he “felt like sh*t” for what he had said. Then he referred to Africa and a “country” and that he looked forward to exploring it and “learning much more about the people and culture”:

When people pointed out to him that Africa is a continent not a country, James issued a response to his second apology:

He followed that up with a third apology:

I misspoke & said country because we are traveling specifically to South Africa only. I know Africa is a continent and wanted to post an

ACTUAL, GENUINE, apology as soon as physically possible. I have a million things in my head right now. I am sorry and want to fix it somehow

At this point, we think it’s safe to assume James’ publicist must have finally stepped in because the tweeting stopped. His usually very active account hasn’t had a new post in nearly 24 hours.

James will be in South Africa for the next 10 days as part of this “educational” trip. Here’s hoping he learns a thing or two while he’s away.