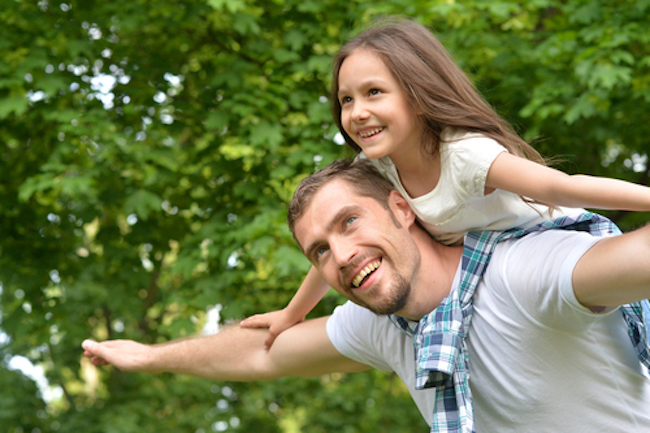 Oh, here’s something to be mad at: The Reddit community is currently poring over a comment left by some fawning father who couldn’t be prouder of his floridly homophobic 10-year-old daughter.

Related: Parents Reveal True Colors After Finding Out Their Kids Are Gay

“My daughter just came up to me yesterday,” he writes, “and said she was never watching this show again.”

“When I asked why, because she loves watching these extremely stupid kid shows (she’s 10), she said ‘because there is this boy that has a crush on another boy’.

Now I don’t really have a problem with gay folks, and have several gay friends and have offered them my full support with marriage and whatever because this is a free country where people should be allowed to pursue their own happiness, regardless of how abnormal it may be,  long as it doesn’t affect me or others, and I have never pushed any ‘anti-gay’ stuff on any of my kids, but it was an extremely proud moment for me that my 10 year old daughter is able to recognize on her own the way the media pushes the gay agenda on our children.”

We imagine this mordantly malignant miscreant is talking about Disney Channel’s Andi Mack. 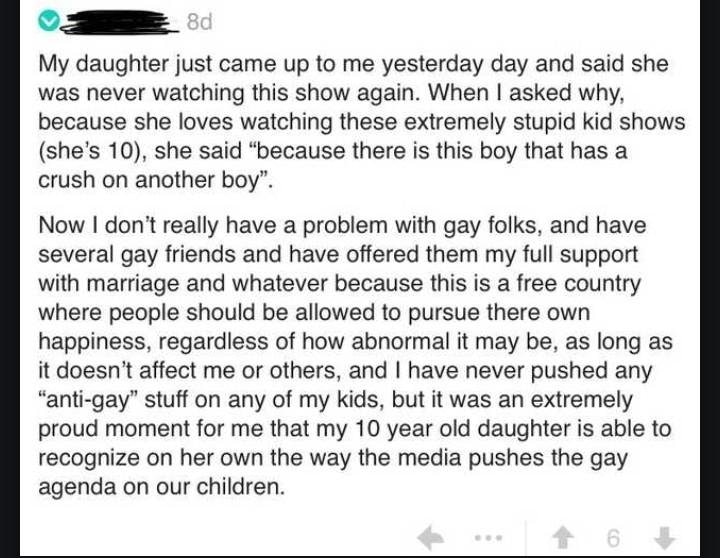 Redditors have been quick to pounce on the offhand comment, as well as the experimental punctuation:

One commentator introduced us to the term “yestergay,” which we’ve never heard before today: 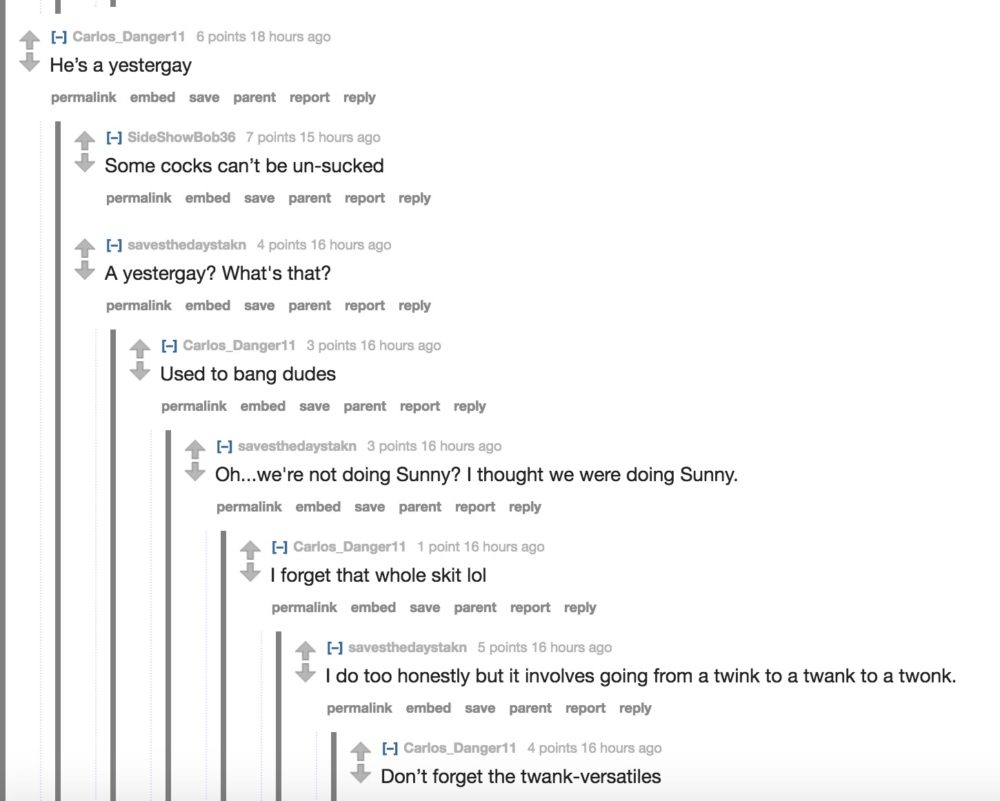 Want to chime in with your two cents on this pressing matter? Sound off on Reddit.