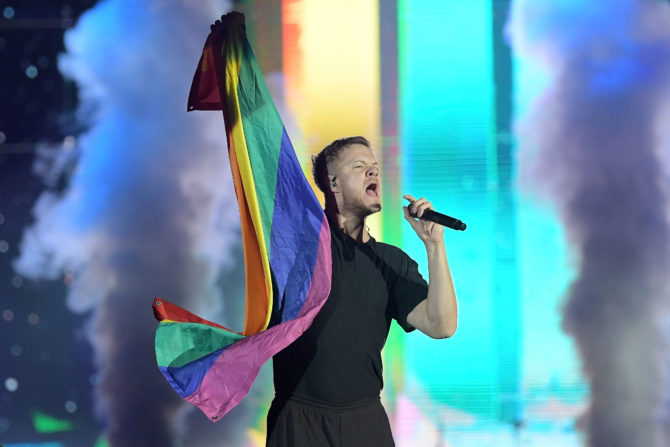 Imagine Dragons frontman and longtime LGBTQ ally Dan Reynolds announced he will donate his childhood home in Las Vegas to Encircle, a group that aides struggling LGBTQ youth and families.

“Encircle is about bringing young LGBTQ+ people and their families together, by including the community and strengthening the bonds that connect us,” Reynolds and wife Aja Volkman said in a statement. “Being a part of this organization means so much to both of us — and we know the house Dan grew up in will be a loving and supportive home to every young LGBTQ+ person who crosses the threshold.”

The property is valued at around $1 million and will become the first Encircle home in Nevada.

Appearing alongside Apple CEO Tim Cook and Utah Jazz owner Ryan Smith on Good Morning America, Reynolds explained why the donation is particularly meaningful to him.

“I’ve watched throughout my life the difficult path that LGBT+ youth have, especially coming from homes of faith,” he said. “Now to know, with my mum and dad’s blessing, I was able to purchase the home for them and it’s going to be the first Encircle home in Las Vegas – that’s powerful for me.”

Reynolds was raised Mormon, and as teen suicide rates in Utah have soared, he’s actively fought for greater acceptance within the church and to let queer Mormons know that they are seen and heard. In 2017, he teamed up with former Morman rocker Tyler Glenn to stage LoveLoud, the first of what has become an annual music festival in Salt Lake City. A 2018 documentary titled Believer chronicled those efforts.