Leave it to Diesel to turn a hot-button issue like a border wall into a romantic and colorful expression of its brand. And an opportunity to lure us with a host of sexy dancers.

The fashion company debuted a short video by acclaimed artist/photographer/videographer David LaChapelle featuring the shirtless and tattooed Ukrainian ballet dancer Sergei Polunin tossing flowers over a border wall. On the other side, a few people throw them back over, then begin climbing and breaking through the wall, leaving a cartoon-like hole in the shape of a heart.

Two men have a mock wedding within the music-video-like ad (to the tune “Higher Love” by Alex Vargas), all topped off by a rainbow striped, life-sized, inflatable tank at the end.

According to Adweek, that tank will go on tour, visiting Berlin, London, Milan, New York, Shanghai and Tokyo.

Trans and gender are themes Diesel has explored before. Last year, Diesel declared “This ad is gender neutral” as two Asian and Caucasian models embrace, wearing the same sweater. 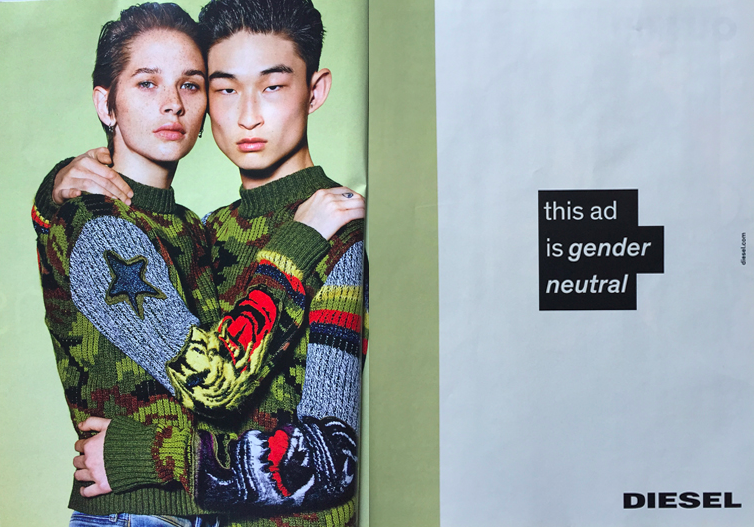 Diesel’s Artistic Director, Nicola Formichetti, who is Italian-Japanese, is also a frequent collaborator with Lady Gaga as her stylist and fashion director.

For over two decades, Diesel has produced provocative and inclusive ads, starting in 1994 when the muscle couple Bob and Rod Jackson-Paris dressed as sailors smooched in front of a battleship. 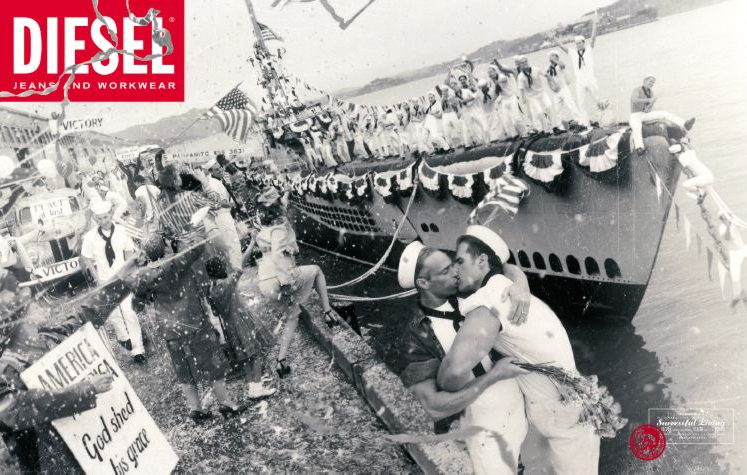 The following year, two “nurses” gave each other a medical exam in print. 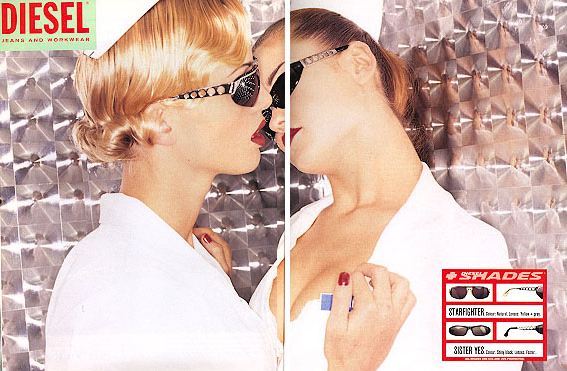 In 1996, the company introduced a commercial where a pilot spritzes himself with Diesel cologne and his co-pilot can’t resist jumping onto him and bringing the plane down. 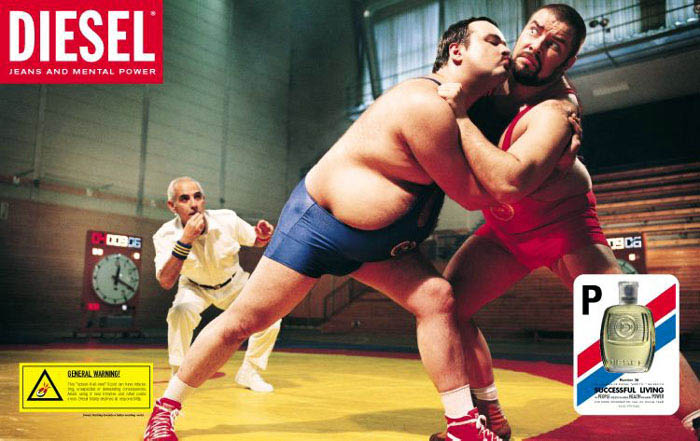