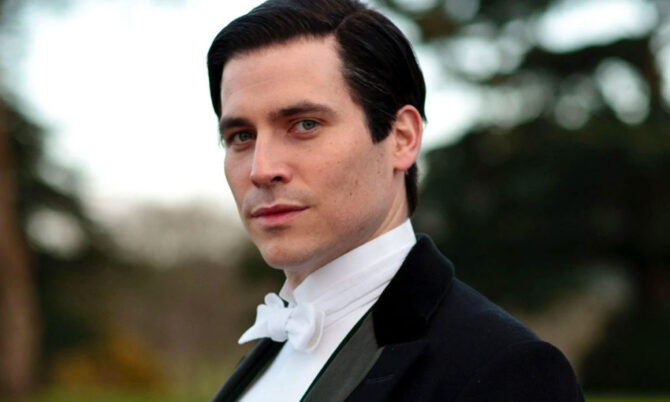 Perhaps your granny has told you already, but there’s a new Downton Abbey movie out this week. The second one! Can you believe that? People are still really into this upscale soap opera about an aristocratic British family muddling through the early 20th Century in their literal castle!

Here at Queerty, we concern ourselves primarily with gay things, and luckily there is one very prominent gay thing in Downton Abbey: its scheming gay footman Thomas (Rob James-Collier). Forget all those rich straight cis white people and their other lowly servants! We’re revisiting all of Downton Abbey from only Thomas’s perspective! Here we go…

Season 1: Thomas Barrow is Downton Abbey’s first footman, which means he’s slightly senior to the other one, William. He’s handsome and also pretty mean, mostly because he’s mad that Lord Grantham, the master of the house, has hired this guy with a limp, Mr. Bates, to be his valet, which is a job Thomas wanted. So, he and his best middle-age lady friend O’Brien (Lady Grantham’s lady’s maid), also a mean schemer, do a lot of smoking and plotting to destroy Bates. But none of it ever works.

Then, one time, this duke played by Daredevil star Charlie Cox visits, ostensibly to woo Lady Mary, Lord Grantham’s eldest daughter. Except, actually he’s there to see Thomas because they are secret gay lovers. Thomas is hoping Charlie Cox will give him a better job so they can continue their affair. But no, he’s really there to break up. Thomas is like, “But I thought we were in gay love!” And Charlie Cox replies, “One swallow doesn’t make a summer.” Which is really the all-time greatest line on this show.

Later, he tries to hit on this hot Turkish diplomat who comes to visit, but that doesn’t work out. And by the end of the season, he’s pissed off literally everyone so much that he decides to go to war and absolutely no one is sad to see him leave.

Season 2: Thomas goes to World War I and is shocked to find that it’s kind of a total bummer. So, he manages to get his hand shot off and is sent back to Downton, which is an army convalescent home now. There, he meets a cute soldier who was blinded in the war, and it seems like they’re falling in love and maybe Thomas is kinda sweet deep down. He says this thing about how no one has been kind to him in his life, which hints at how tough it must have been for a working class gay boy to grow up back then, and maybe that’s why he’s turned out so spiteful and mean. But then the cute blind guy kills himself! So sad!

Season 3: The war is over and Thomas is once again a footman at Downton—inexplicably, because everyone knows he’s a schemer and sometime steals wine. But he and O’Brien are in a blood feud now, because he refuses to mentor Alfred, the new footman who is also O’Brien’s nephew. There’s also this super cute other new footman, Jimmy, and O’Brien tricks Thomas into thinking Jimmy is into him. So, Thomas start relentlessly sexually harassing Jimmy! Oh, god, it really is so creepy!

Then, one night, Thomas sneaks into Jimmy’s room to kiss him, which does not go well! Jimmy is grossed out and traumatized and insists that Thomas get fired and go to gaol. But, again completely inexplicably, everyone rallies around Thomas for some reason. Bates, who Thomas literally spent all of Season 1 trying to destroy, blackmails O’Brien into leaving him alone for no logical reason. Then Lord Grantham convinces Jimmy to let his gay panic go and promotes Thomas to “under butler.” Later, in the Christmas Special, Thomas saves Jimmy from getting mugged, so they become friends.

Season 4: Basically, this season just sees Thomas having a bunch of pointless squabbles with various servants. He (pretty much inadvertently) stops the new nanny from basically abusing the late Lady Sybil’s daughter; does a little bit of scheming with O’Brien’s replacement. But then she quits and he suggests another replacement: Miss Baxter, who he has known since he was a kid. Also, he has some mysterious dirt on her which he uses to get her to spy on everybody for him—again, pointlessly. The only remotely gay thing that really happens is when he accompanies Lord Grantham to America. It’s heavily implied that he managed to have all kinds of fun sexual adventures on that trip—but that all happens off screen. Whomp, whomp. 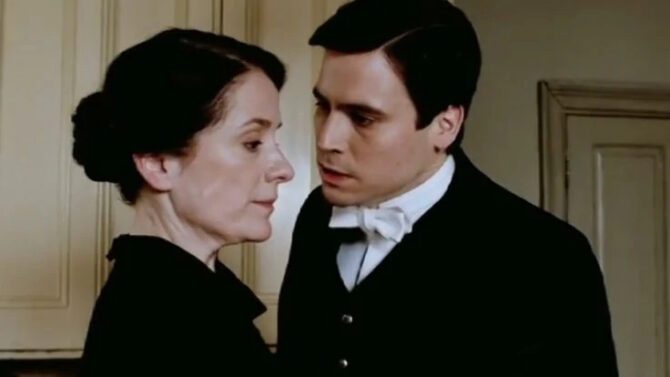 Season 5: Thomas is still pointlessly blackmailing Baxter, until Lady Grantham finds out and gets super mad at both of them. But then there’s a fire at Downton and Thomas saves poor sad Lady Edith’s sad tragic life, so Lady Grantham is grateful and forgives him for his latest scheming. Then when his only friend Jimmy gets fired, Thomas starts to realize how lonely he is and how he wants people to like him now. But instead of stopping his scheming and being generally nicer to his colleagues, he decides to… start injecting anti-gay drugs. This makes him very sick, and despite his previous blackmailing, Baxter takes him to the doctor and so they become friends kinda.

Season 6: In the show’s final season, everyone downstairs gets all suspicious of Thomas’s relationship with Andy, the latest new footman. But really, Thomas is just teaching the lad how to read. 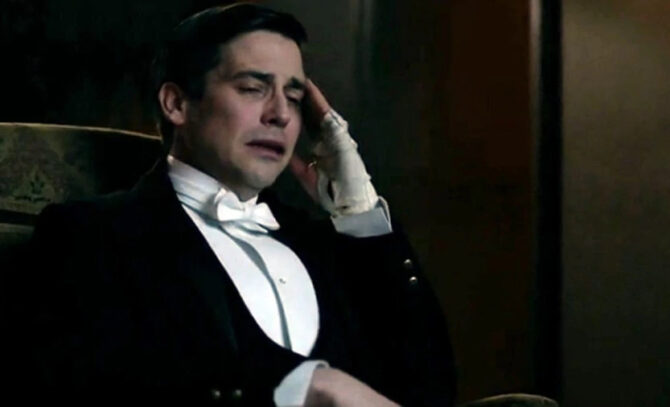 Also, staff cuts at Downton mean that Thomas has to look for a new job. That doesn’t go well, and he gets super depressed and tries to kill himself. This makes everyone feel guilty for thinking he was just an evil gay schemer (which is literally how he has acted this whole time), so Lord Grantham decides to let him stay at Downton until he finds a new job. Thomas briefly works for some old people, but then when Downton’s butler Carson develops some kind of tremor and has to retire, Lord Grantham hires the new, nicer Thomas as his replacement.

Downton Abbey: The Movie: When Lady Mary decides to bring Carson out of retirement (what exactly happened to that hand tremor?) to “help” Thomas—now sporting an extremely sexy new fade—during the King and Queen’s visit to Downton, Thomas gets all butt-hurt about it and decides he’s on staycation or something! Oh, Thomas! Never stop Thomas-ing!

Meanwhile, he’s made friends with Mr. Ellis, one of the King’s servants, who is super handsome. They meet up in…some other town, but Thomas goes off on his own and gets picked up by another handsome guy, who takes him to his first-ever gay bar! He’s having the time of his goddamn life, but then the club is raided by the police and he is arrested for homosexuality.

Luckily, though, Mr. Ellis uses his royal connections to get Thomas out of gaol. (Meanwhile, everyone else in that club probably has their lives ruined, but never mind about that!) It turns out handsome Mr. Ellis is also gay, and before he and the rest of the royal household leave Downton, he gives Thomas the swoony gay smooch we’ve all be waiting for and asks him to keep in touch.

So, now we’re up to speed on all the gay stuff that has happened in the world of Downton Abbey so far. What might Thomas get up to in Downton Abbey 2: Jazz Age Boogaloo? If the film’s trailer is any indication, it looks like there might be sparks between him and Dominic West’s new character, a big Hollywood actor. (But what about handsome Mr. Ellis though!?) Also, Thomas wouldn’t be Thomas if he didn’t do some scheming!