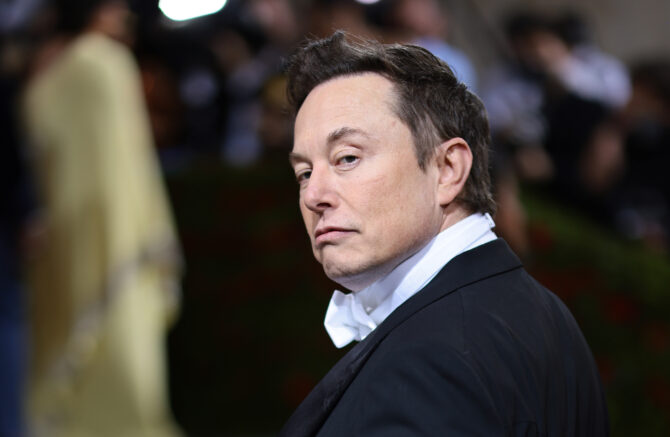 Every day it becomes more evident why Elon Musk’s trans daughter wanted to get away from him.

The apartheid-era emerald mine heir and potential future owner of Twitter is making it clear that trans folks won’t be protected from hateful rhetoric if he has his way.

Jordan Peterson’s recent suspension from his Twitter account over his violently transphobic statement on Elliot Page is apparently “too far” a punishment in Musk’s eyes.

The “dissenting opinion” in question from Peterson read: “Remember when pride was a sin? And Ellen Page just had her breasts removed by a criminal physician.”

This statement that at once invalidates Page’s identity, accuses a doctor of criminal activity, and calls for queer pride to be regarded as sin steps well over the line, but Musk seems to consider it healthy debate.

It’s not that Peterson’s entire account was suspended, mind you. The media personality just can’t tweet until he deletes that one (1) tweet found in violation of Twitter’s rules. One tweet-delete and he’d have full access to his platform.

Fellow right-wing scum salesman Dave Rubin has also been locked out of his account for re-posting Peterson’s statement with a caption that also dead-named the Umbrella Academy star. (“Doing the same thing over and over again and expecting a different result” seems to apply here.)

Musk, whose own trans daughter recently applied to have her last name changed to distance herself from him, somehow thinks that these two being asked to delete a single tweet each is “too far.”

With his disdain for Twitter adhering to its harassment rules, it seems the multi-billionaire may change those rules entirely if his negotiations to buy the platform go through.

Turning Point USA mascot Ben Shapiro is now attempting to throw his hat into the suspension ring as well, re-posting Rubin’s offending tweet while also dead-naming Page in the caption. It seems the actor may just get the triple crown here without lifting a finger.

After all, he’s just kind of been chillin’ through this entire right-wing Twitter fiasco.

While the Petersons and Rubins of the world run themselves ragged foaming at the mouth over another man’s personal life, Page is out being shot for Esquire, chatting on Late Night with Seth Meyers, and generally reveling in his transition and the release of The Umbrella Academy‘s third season.

For a little Elliot Page joy, here’s his recent spot on Late Night: