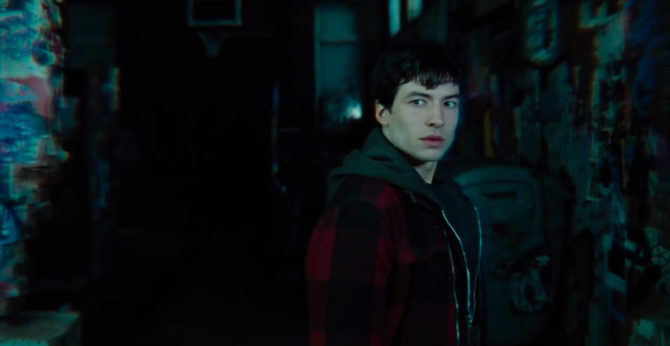 The actor, known for outstanding performances as Tilda Swinton’s psycho-killer son in We Need To Talk About Kevin and the flamboyant best friend Patrick in The Perks of Being a Wallflower, just made history as the first actor, let alone out actor, on the big screen to don the iconic costume as The Flash.

Beloved superhero of the DC Universe (also home to Superman, Batman and Wonder Woman), The Flash, along with his titular film, has labored in Development Hell. His period in purgatory finally came to an end with the release of Justice League, the movie that kicks off the next phase of the DC comics movie universe, and unites him with iconic heroes like Aquaman, Cyborg, and the aforementioned trifecta of Batman-Superman-Wonder Woman. 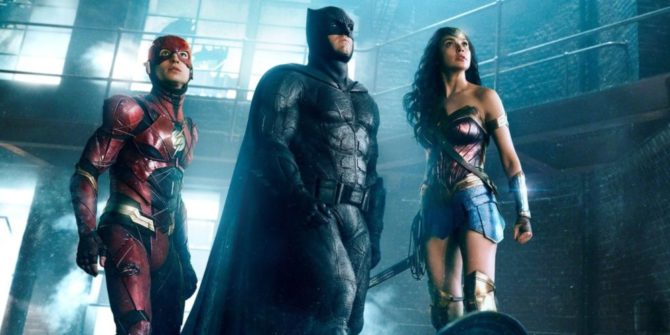 Miller enlivens Justice League as the wise-cracking Flash. His inclusion marks a decided turn away from the dour, violent take offered by Batman v. Superman, continuing a trend toward a lighter tone begun by Wonder Woman earlier this year.

Miller’s headlining also signals a decided step towards universal acceptance of queer people. Miller has already spoken out about forces with in the industry that pressured him to stay closeted, and that out-queer actors can’t become major stars. Until now, history offers mixed evidence. The bisexual bomb Angelina Jolie had no trouble scoring box office hits with Salt or Mr. & Mrs. Smith, nor have Anna Paquin, Ellen Page, or Michelle Rodriguez. Men however, like Ian McKellen in the X-Men series, have played decidedly non-sexual roles. Even Zachary Quinto, the latter day Spock in the reboot of Star Trek, got only the half-assed treatment. Though Quinto’s Spock has a relationship with Zoe Saldana’s Uhura, Spock can only have sex once every seven years. No wonder their relationship feels hollow.

Related: That queer backstory, and four other reasons we love Wonder Woman

Miller’s Flash though has plenty of collegiate male horniness and snark to boot, and with his own solo film Flashpoint on the way, we look forward to seeing him with some love in his life. If the movie follows comics canon, that will come in the form of journalist Iris West, though we wouldn’t mind at all seeing Miller’s Flash with a little male companionship.

Justice League is in theatres now.