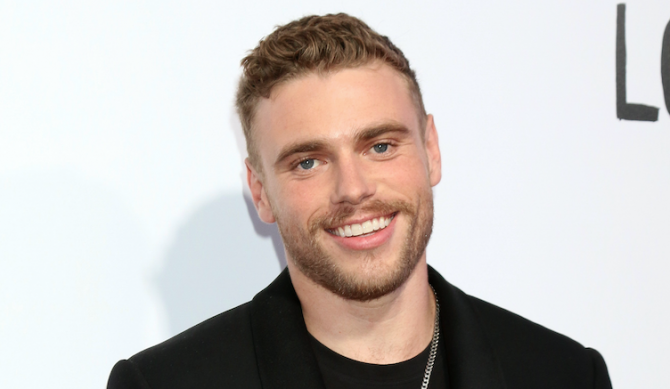 Ever since he first came out in 2015, Gus Kenworthy hasn’t had a single negative headline ever written about him. The guy has somehow managed to avoid any major scandals and remain a beloved figure in the LGBTQ community, as well as an awesome role model. But it looks like that might soon be changing thanks to Colton Underwood.

It all started Wednesday morning when the 29-year-old Bachelor star came out as gay during a sit-down interview with Robin Roberts on Good Morning America. Later that day, Variety broke the news that he’s in the middle of filming a docuseries for Netflix about accepting his sexuality and that Kenworthy is “acting as a guide” to him.

Almost immediately, a backlash ensued. Many people were upset that Underwood was being rewarded for coming out with a big splashy interview and Netflix show given his not-so-distant-history of alleged abuse against his ex-girlfriend, Cassie Randolph. (Read all about that here.)

Now, a change.org petition calling on Netflix to cancel the series has garnered 10,000 signatures and counting. It reads:

Colton is a former bachelor lead who stalked his final pick, Cassie Randolph. He placed a tracker on her car, sent her and her friends anonymous threatening texts, and was even seen standing outside her window extremely late in the night, resulting in her brother attempting to de-escalate the situation. Cassie is a victim of Colton’s abuse, and he does not deserve a platform in any way. Regardless of his sexuality, Colton should not be given a platform as a result of his abusive, manipulative, and dangerous behavior.

People have also started turning their ire toward Kenworthy, calling on him to drop out of the project, which, honestly, sounds like it might be kind of difficult/maybe impossible if the show is already in the middle of production.

We have no doubt that Kenworthy will figure out how to handle the sticky situation and make the best decision (he always does!), but in the meantime, here’s what folx are saying…

When I stepped out of conversion therapy, my FIRST call was to Gus Kenworthy. He sent me three nike jockstraps and a basket of limes. Thank you Gus!

this whole thing is a literal publicity stunt…..fuck this guy and fuck gus kenworthy pic.twitter.com/qbMlEBJZ9E

ok but like… is it too late for @guskenworthy to back out of this Netflix show? Or for @netflix simply to cancel it? ? I can’t say I’m surprised Netflix is being tone deaf, but I always had respect for Gus Kenworthy until now ?

When I came out in 2005, @guskenworthy didn’t offer to be my sexy gay welcome guide. Just saying.

@colton @guskenworthy in Masc4Masc The Series.

any gay man who watches the Gus Kenworthy + Colton Underwood netflix show will be fined $30,000

When I came out at 19, my FIRST call was to Gus Kenworthy. he set me up with a 3 month supply of ketamine, a crash course in gaslighting and IG captions, and a tell-all interview with Andy Cohen. I have him to thank for the person I am today ???? you’re in good hands, Colton!

I hope @guskenworthy pulls out.

A guy I matched with on Tinder a few years ago, who used to routinely send me unsolicited snaps of his hole, is now an elected state legislator who requested that I like his official FB page.

Will Gus Kenworthy address things like this on that new Netflix show?

So y’all are telling me Colton Underwood comes out and immediately gets a reality show and Gus Kenworthy as a “Gay Guide”, but when I came out I almost lost a relationship with my entire family…interesting.

gus kenworthy it's not too late to quit