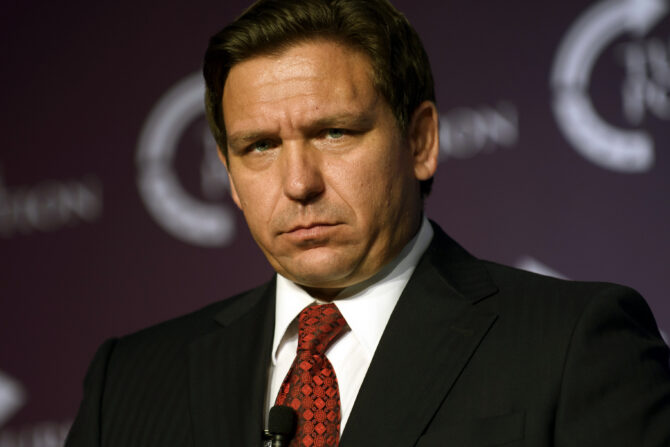 The Miami Dade School Board on Wednesday night voted against a proposal that would recognize October as LGBTQ History Month.

Last year, the district voted 7-1 in favor of a similar proposal, but fearing it would now violate the state’s Parental Rights in Education law, aka the “Don’t Say Gay” law, every board member but one voted against it this year. That’s despite the fact that the board’s own attorney said it was on solid legal ground.

The law was signed by Gov. Ron DeSantis in March, and went into effect July 1. It bans the discussion of LGBTQ topics mainly at the primary grade level, but also limits discussion when “not age-appropriate or developmentally appropriate for students” in all grade levels.

Lucia Baez-Geller, the board member who introduced the proposal — and assumedly the lone ‘yes’ vote — called it a “symbolic gesture” that succumbed to “ugly falsities” and “just plain disinformation.”

Another part of the proposal would have given 12th grade social studies teachers resources to include “important landmark civil rights” like Obergefell v. Hodges and Bostock v. Clayton County in their curriculum. Those cases grant the right to same-sex marriage and prohibit employers from discriminating against workers on the bases of sexual orientation or gender identity, respectively. Students would have been able to opt out of the lessons.

“This item does not indoctrinate students, it does not force an agenda on students,” Baez-Geller said at the meeting, stirring “groans from the audience,” according to Politico. “And, as was stated incorrectly, this item does not take away parental choice.”

“Our customers are our parents, and we have to be driven to give parents what they are asking us, this school system, for their children,” said board member Lubby Navarro, who voted against the proposal.

But not all parents agreed. It took six hours after public comment began for the board to ultimately vote. Supporters emphasized that “LGBTQ history is American history,” while opponents spoke of their rights as parents and their religious freedoms being violated. Some called the proposal “sleazy,” and a group of Proud Boys protested outside.

Prism, a Florida nonprofit working to expand LGBTQ resources in schools, had launched a Change.org petition to urge the board to vote yes.

“In light of the harmful anti-LGBTQ laws passed this year, it is abundantly clear that MDCPS must remain steadfast in supporting and affirming all students,” the petition read.

“The recognition of LGBTQ History Month promotes education about the historical impacts, achievements, and contributions of our lesbian, gay, bisexual, transgender, and queer community.”