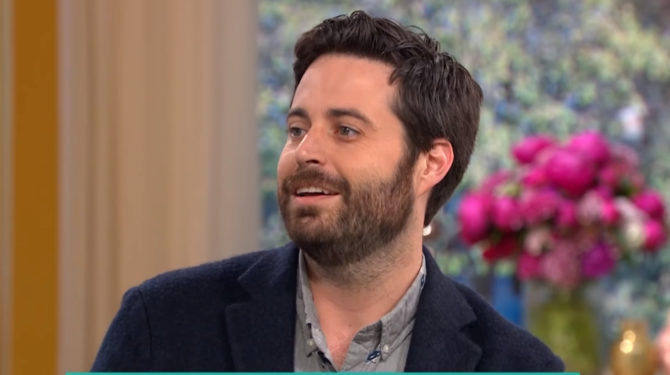 Who He Is: Writer, activist

Conley’s memoir Boy Erased, about the abuse he suffered at the misnamed conversion therapy group, Love In Action, was turned into a movie in 2018 by Joel Edgerton starring Nicole Kidman and Lucas Hedges. The son of a Baptist minister, Conley spent years struggling to reconcile his sexuality with his faith. At college, Conley found himself outed to his parents, who sent him to the unethical organization for a “cure.” After two weeks of the abusive “therapy,” Conley convinced his mother to withdraw him from the program.

Why We’re Proud: Not content to watch his bestselling memoir turned into a major motion picture, Conley used his newfound profile to educate the public about the abusive practice of conversion therapy. To coincide with the release of the film of Boy Erased, Conley launched his own podcast. “Unerased” deals with survivor stories–and those who did not make it out. Perhaps most impressively, Conley also includes interviews with the founder of Love In Action, John Smid, showing the power of love and forgiveness. Smid was Conley’s primary abuser during his stay at Love In Action; he has since apologized…and come out of the closet himself.

I was so on the edge, and I had so many feelings: self-hatred, hatred for everyone. I just wanted the universe to explode or something. I was so mad. And I just thought, what’s the easiest way out of this? How do I get out of this moment? And the answer was to intellectualize it and to figure out what the f@ck happened.

And the only way you do that is to not hate them. Because if you hate them, you’ll never see what happened. You’ll never understand the movement. And let me say, I am in it to end this. Not only that but to really show how this is a part of a much larger spectrum of bigotry in the country. What you went through, too. And I want to win it so badly, that I will do anything to make sure that happens. And one of those things is to properly understand why somebody like John Smid did what he did.

There’s no other way. If you just hate, you’ll never see the real evil.

Conley continues speaking in churches and schools to share his story and to help prevent others from suffering what he did. In 2019 alone he’s addressed Southern Utah University, Equality Utah, several venues in Germany and Switzerland, and given a keynote address at the Iowa Safe Schools conference.

At 100, I hope stories like mine will be a thing of the past. When we write about conversion therapy, we’ll be writing historical fiction, not memoir. And in consigning this horrendous practice to the past, we’ll also share a deep collective memory of what we’ve suffered and triumphed over. I hope we continue to embrace other communities, and in doing so, we don’t forget the things that have shaped us into who we are.