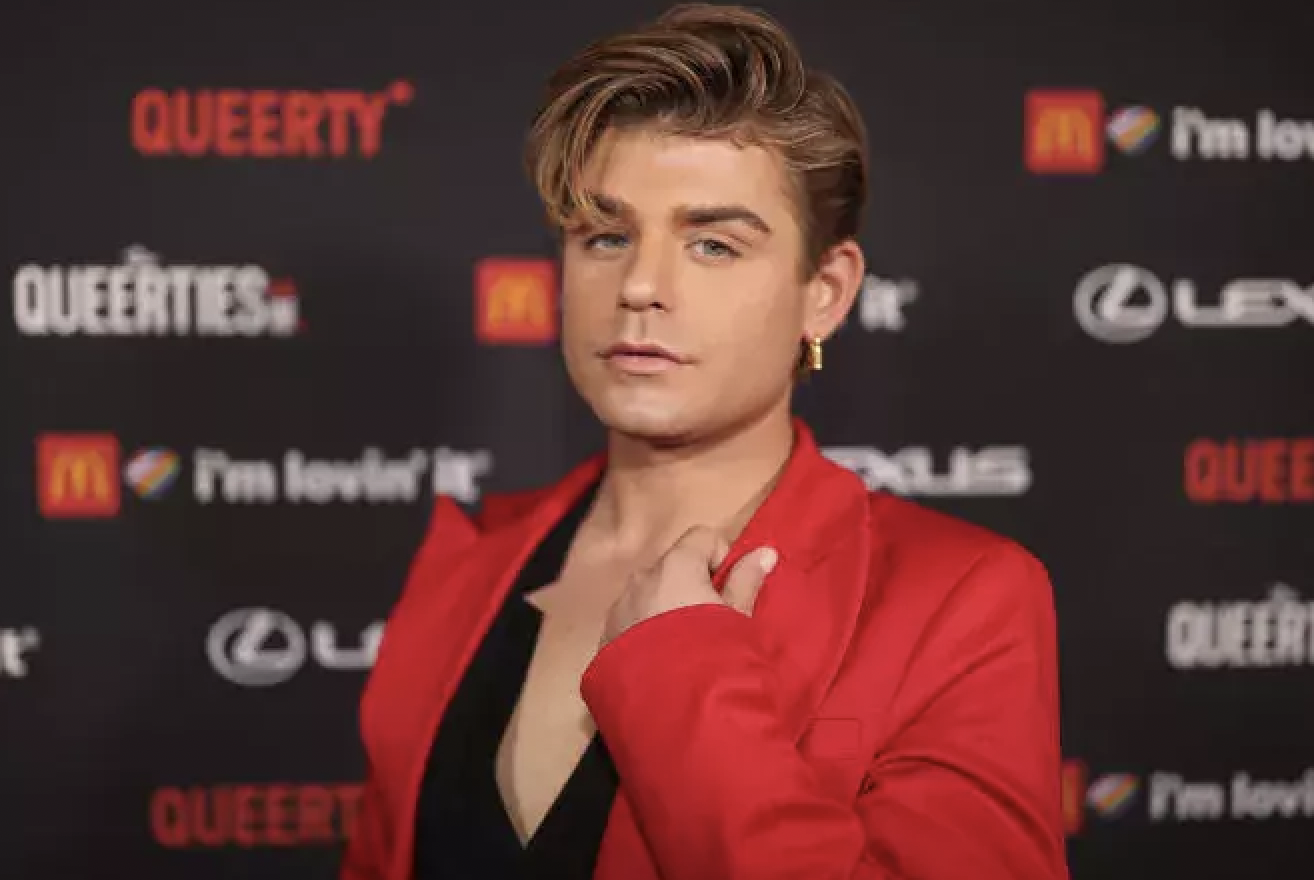 Garrett Clayton wants the world to know he’s done playing the “hot guy.” You may remember him as dreamboat Link Larkin in Hairspray, or, more recently, as Chip Skylark in the new live-action series The Fairly OddParents. The former Disney Channel star is no stranger to salacious characters either. He was too hot to handle as adult film star Brent Corrigan in King Cobra. As well as off the screen, when he showed some skin as Al Pacino’s hooker in God Looked Away.

Admittedly, he makes a perfect casting choice for these kinds of roles, but Garrett Clayton is ready to show his range.

We had a chance to catch up with Garrett, and he tells us how he avoids getting pigeonholed. “I could have easily continued down this path, but I felt like that had a shelf life,” he explains. “I’ve worked really hard to have a well-rounded resume right now. I have to hold strong in the kind of performer I want to be, and respectfully say that I don’t want to keep doing the same thing. I don’t want to be the “hot guy” who walks on stage for a couple of lines, shows his butt off, and everyone calls him a slut, you know what I mean?”

Lately, Garrett has been able to cut his teeth on some meatier characters. “I have a cute spot in The Mattachine Family, he adds. “I’ve played my fair share of scandalous characters, and I’m sure I will again, but right now I want to keep showing people my different colors.”

He became involved with Mattachine director Andrew Vallentine last year working on a project called Letterman. The short film features a large archive of love letters between two gay men in WWII. Garrett remarks, “I see all the care he puts into his film work.” So, when he got the call for The Mattachine Family, he was instantly on board.

Without giving too much of the film away, Garrett tries to describe how meaningful his role was for them both. “I just did a cute cameo, but it ended up meaning so much more,” he says. “Andy pulled me aside and told me, ‘I just want you to know, that scene, what you were saying, is so personal to me and my husband because this is how we felt going through what we went through.’ It really meant a lot that he trusted me with it. I really identified with how we have to navigate building our family as gay people”.

When Garrett looks back at previous roles, he wishes he had done one thing differently. “While working on Cobra, I wish I would have stood up for myself more in a couple of circumstances,” he admits. “I’ve always had trouble doing that out of fear. Whether it’s fear of rejection or fear of upsetting people. I’ve had to make peace with the fact that no matter what I say, somebody is going to be upset.”

Hinting at gay Twitter’s backlash to his Cobra casting announcement, we asked Garrett to elaborate. “I was getting blasted online. People were saying, ‘Here’s another straight guy taking a gay role.’ And it was everywhere! The media was poking fun at me for not being out, and it was A LOT. I wish I could have, or would have, stood up for myself in a better way. But it was also a hard position to be in because I wasn’t publicly out at the time.”

Fresh from Disney stardom, a relatively PG environment, Garrett had to push himself to be comfortable on a NC-17 set. “I was challenging myself mentally, saying, ‘This is a character. This isn’t me. It’s okay.’ It felt very vulnerable to be pretty much nude and insinuate sexual acts with basic strangers.”

Then he added a shocking detail — “Most of them were respectful, but some of them really got to me. At one point during a shoot, I was on the couch with two men on either side of me, and they started making jokes about what a slut I was. They’re like, ‘this isn’t his first time.’ I felt like they were talking through me. It really got to me, I ended up leaving the room. They just wouldn’t stop saying such nasty horrible things right through me as if I wasn’t sitting right there.”

He reflects on this moment of total objectification and adds, “the movie, I guess, made some people feel like they had permission to either say or do hurtful things. That was such a big eye-opening experience because a lot of my girlfriends have told me men have treated them this way. I’m not saying I understand the female experience completely, but this was probably the closest I’ll get to it.”

There’s definitely more to Garrett Clayton than his impeccable physique and classic good looks (not that those are bad things). Some of his most recent work shows that. Garrett and his husband Blake host a weekly podcast called “A Gay in the Life.” They aim to provide a catalog of resources on the LGBTQ+ experience, current events, history, and culture. Combine that with a handful of films in post-production and a few upcoming projects in the works, the actor has put this “hot guy” type behind him.