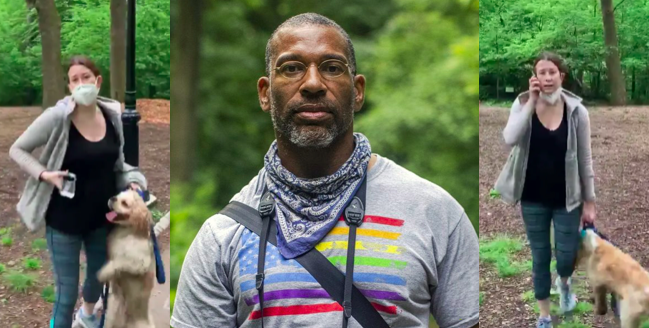 The gay Central Park birder who shared that video of a white woman calling 911 on him after he politely asked her to leash her dog says he won’t be cooperating in the Manhattan district attorney office’s case against her.

This week, the DA said it planned to prosecute Amy Cooper for falsely reporting an incident in the third degree, a Class A misdemeanor punishable by up to one year in jail, three years probation, or a $1000 fine.

But her victim, Christian Cooper, to whom she is not related, thinks her life has been sufficiently upended and he’s not interested in dragging things out any longer.

“On the one hand, she’s already paid a steep price,” Mr. Cooper told the New York Times this week. “That’s not enough of a deterrent to others? Bringing her more misery just seems like piling on.”

Not only has Ms. Cooper been publicly shamed by literally the entire world, but she lost her job and has become the subject of tabloid fodder, including having an old, unrelated story about an affair she had with a married Wall Street trader who cheated her out of $65,000 dug up by reporters.

Mr. Cooper added, however, that he sees the bigger picture and understands why the DA might want to make an example out of her. He’s just doesn’t want anything to do with it.

“This criminalized, cancel culture is cancerous and precarious,” Barnes said. “That is why acquitting Amy Cooper is important.”

In the past, Barnes has represented conspiracy theorist Alex Jones and those Covington Kids who got into an altercation with a group of Native Americans at the Lincoln Monument in January 2019.