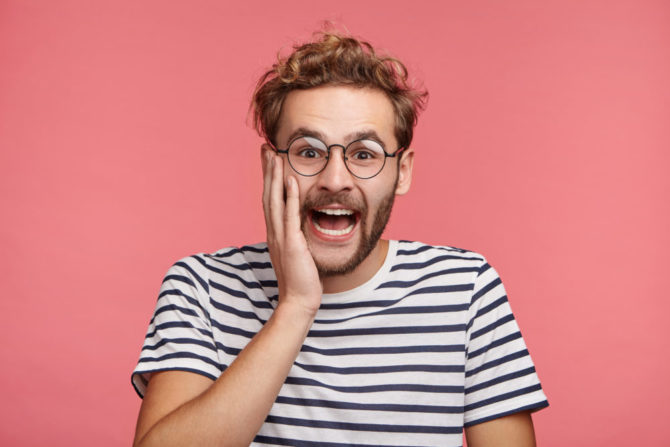 A recent survey conduced by Attitude found that 71% of gay men said they are turned off by guys who demonstrate signs of femininity, and 41% said they “give the gay community a bad image or reputation.”

Well, London-based blogger Anthony Gilét has something to say about that.

In a new think-piece for Attitude, he writes, “The concept of masculinity, like most labels, is a bit of an outdated construct that makes people feel alienated and bad about themselves when they don’t fit the mold.”

I personally think it’s far more attractive when somebody accepts, loves and owns who they are, rather than portraying a faux masculinity they’ve adopted to appeal to the masses. The irony is, pretending to be someone you’re not isn’t masculine at all. In fact, it takes far bigger balls to learn to love your genuine self.

The answer: No one… and everyone… at the same time.

Related: Do Gay Men Have A Problem With “Glorifying Toxic Ideals Of Masculinity”? This Blogger Thinks So.

“Both femininity and masculinity aren’t real things,” he explains. “They’re not factual, nor tangible; they’re subjective.”

The reality is that masculinity isn’t as cut and dry as either you ‘are’, or you ‘aren’t’. To me, it makes sense to see masculinity like sexuality: as a spectrum. All of us have elements of masculinity and femininity to them–none of which should be repressed, by parents, neighboring kids, that guy on Grindr, or, most importantly ourselves.

What do you think about what Gilét is saying? Do masculinity and femininity exist on a spectrum? How do you define masculine and feminine behavior? Share you thoughts in the comments section…