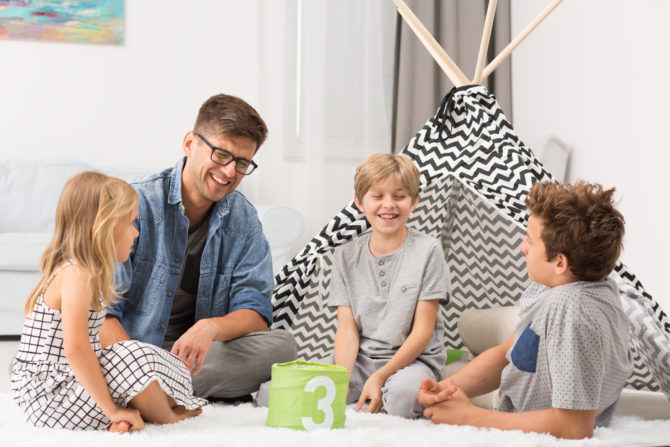 What is evolutionary role of the gay man? That’s what Francisco Gomez Jimenez, a researcher at the University of Lethbridge in Alberta, wants to know.

Jimenez is master’s student at the university. He plans to begin his PhD later this summer. For his research, he has traveled all across the globe to study the value of homosexual males in developing families and communities.

“Homosexual males barely reproduce at all,” Jimenez tells the Calgary Eyeopener. “They don’t have kids themselves.”

He’s speaking generally, of course. And not about guys who reproduce using surrogates.

Related: These Two Gay Dads Are Redefining Family In The Best Way Possible

In his observations, Jimenez has noticed that gay men have historically “[enhanced] the survival of their family relatives.”

Well, he says, “they’re really good to have around in the family, sort of like an extra set of hands.”

“If we consider an ancestral environment, for example,” Jimenez pontificates, “when having kids was very risky, especially multiple kids, having an extra pair of hands definitely would have come in handy.”

He points to the island of Samoa in Polynesia as an example. The culture there recognizes a third gender called fa’afafine. The fa’afafine are assigned a male gender at birth, they are attracted to men, but they exhibit both female and male traits. Jimenez noticed that they tended to take on “uncle-like” roles in families.

But it’s not just in Samoa where this happens. He observed a similar situation among the Istmo Zapotec culture in southern Mexico.

Jimenez concludes that the fact that gay men don’t reproduce is balanced out by how much they can enhance the survival and reproduction of their lose relatives, like nieces and nephews.

“People seem to have integrated them in,” he says. “The outcome is that they become extremely valuable members in society, especially within the families, so I think there’s a lot to learn from that.”