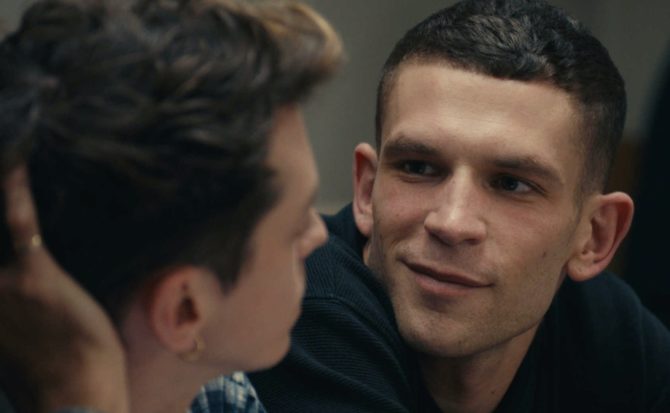 Each year, countries are invited to submit one (and only one) film to the U.S.-based Academy of Motion Picture Arts and Sciences for consideration in the Oscar for Best Foreign Language Film category.

This year France selected as their official entry BPM (Beats Per Minute), a film about a group of tireless HIV/AIDS activists in the 1990s in Paris.

BPM, written and directed by Robin Campillo, has already won the Grand Prix at the 2017 Cannes Film Festival, earning overwhelming acclaim from audiences and critics at the festival.

“An involving and erotically charged discourse that puts sex and politics on the agenda without ever compromising on cinematic flair,” wrote Katherine McLaughlin at The List.

Below, check out an exclusive clip, in which two characters flirt while dancing around a tricky subject:

Here’s the trailer for the must-see film, which will be released in NYC on Friday, and expanding to all major markets throughout November:

Oh, and we already want that soundtrack.