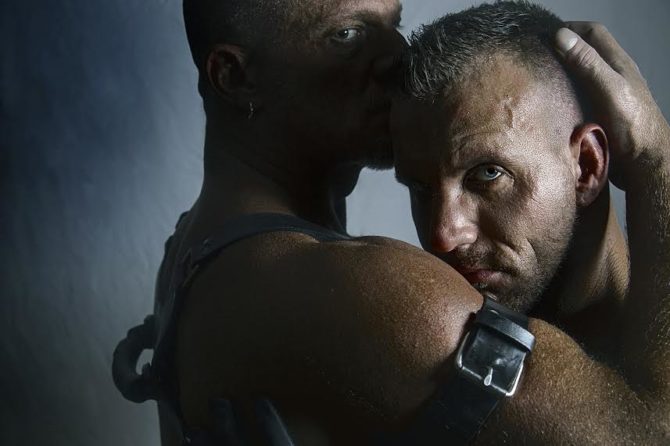 What happened to the gay leather scene? That’s what Mike Miksche wanted to know. So he decided to do a deep dive investigation and find out.

“These days, even the young’uns are showing up to gay, kink-themed events, styling themselves in decorative neoprene harnesses as if performing some kind of butch drag,” he writes in a new piece of Slate.

“Be it the master and slave, the boot fetishist, or the fist-ee: They were rough personas, serious and perverse,” Miksche says.

But you just don’t see those guys around as much as you used to. Gone are the leather bars and fetish clubs. Gone are the dudes dressed in leather caps and chaps hanging out in the gayborhood. The adult cinemas. The kinky sex clubs. The bathhouses.

It’s like that whole part of gay culture has just… died.

Miksche speaks to Race Bannon, a leather/kink columnist for the Bay Area Reporter, who tells him the leather scene hasn’t gone away, it’s just changed, and not necessarily in a bad way either.

“Everyone is equating the demise of leather bars with, ‘the scene is going away,’ as though leather bars were the be-all and end-all, and the only thing around which leather culture can exist,” Bannon says. “The leather bars were mostly offering a cruising venue, which is not necessary anymore.”

Related: The 5 Kinkiest Cities In America

This is thanks, in large part, to apps like Recon, Scruff, and Grindr, which make it easier for easier for fetishists to find exactly what they want exactly when they want it.

“This is far more efficient than cruising a leather bar after midnight, trying to sort the real players from those who are just playing around,” Miksche says.

Edwin Morales, president of the board of directors for Folsom Street Events, explain, “I could tell you without blinking an eye that any given point in San Francisco after 6 p.m. there is some kind of BDSM-orientated sex party happening.”

Morales continues, “While it might not be at a venue; it might be at a private home. That scene is very much alive, very much well, and with the advent of all of the social media dating apps, it is stronger and stronger.”

Related: 5 Things I Learned At IML That Have (Almost) Nothing To Do With Leather Or Sex

Then, of course, there are things like IML in Chicago, which attracted over 15,000 kinksters this year, plus Folsom Street Fair in San Francisco, which sees crowds upwards of 400,000, Dore Alley, and Folsom Street East in New York.

So, yeah, there might not be as many actual bars that cater exclusively to the leather crowd as in the ’80, or sex clubs where kinksters could find one another before the Internet came around, but that’s no reason to brood.

After all, leather never really goes out of style.

“People always tend to look nostalgically at the past, particularly with the kink scene,” Miksche concludes, and “the scene is not nearly as visible as it was and there’s far more posing going on in the bars and clubs. But that’s no reason to lament.”

“Leather and the larger kink scene is far from dead. It just takes a more discerning eye to see it.”