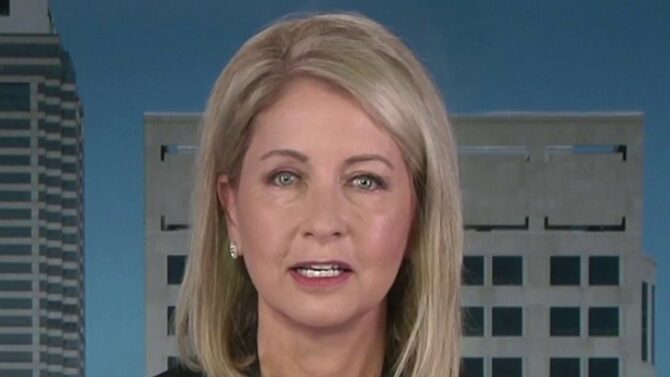 Rep. Mary Miller of Illinois has repeatedly urged her constituents to judge politicians based on the company they keep.

She’s also very concerned about “the children,” regularly accusing the Left of being “anti-child.”

“There is no trend more disturbing than the left’s push to talk to very young children about their sexuality and indoctrinate them with radical gender ideology,” she tweeted last month. “Parents are horrified by this, and conservatives must protect children from this extreme agenda!”

There is no trend more disturbing than the left's push to talk to very young children about their sexuality and indoctrinate them with radical gender ideology. Parents are horrified by this, and conservatives must protect children from this extreme agenda!

One of Miller’s top campaign volunteers, Bradley Graven, also has an interest in the youth of America — one that landed him in jail.

Graven, who collected over 50% of the signatures in Miller’s reelection campaign and regularly drives the Congresswoman and her family to and from events, was arrested in 2003 for indecent solicitation of a child in a sting operation, after making plans online to meet what he thought was a 12-year-old boy in a parking lot for sex. Graven was actually talking to a police officer; he pleaded guilty and was convicted and sentenced to 40 days in prison and two years of probation.

Miller’s “protect the children” message, which more often than not has damaging effects on LGBTQ youth, is now being criticized as hypocritical.

As the Washington Examiner further notes, “a summer camp run by her family featured twice-removed Alabama Supreme Court Chief Justice Roy Moore as a speaker. Moore came under fire during his 2017 GOP Senate bid after nine women accused him of inappropriate sexual or social conduct, some of whom were under the age of 18.”

Miller is endorsed by former President Donald Trump, and is expected to appear alongside him at a campaign event in June.