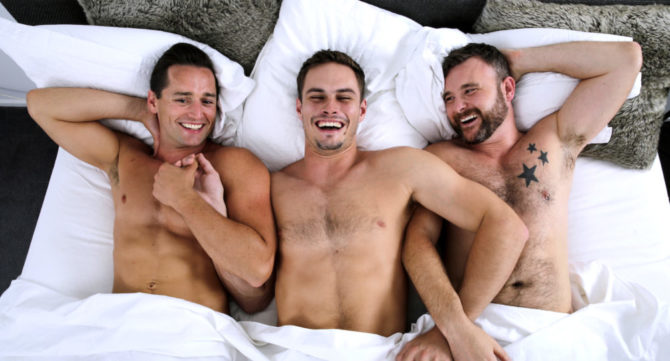 A  2016 study found that 41% of gay men reported that they were either in, or have previously been in, an open relationship. Now, a new study published in the Journal of Bisexuality tries to identify exactly what sorts of people and personality types are more likely to engage in open relationships and why.

A team of researchers from Purdue University and the University of Maryland interviewed over 100 LGB people about their attitudes toward open relationships, or “consensual non-monogamy” (CNM) and their findings will blow. Your. Mind.

Related: Just How Many Gay Men Are In Open Relationships? These New Stats May Surprise You (Or Not)

Researchers discovered that people who are more open-minded, creative, and imaginative tend to be more willing to engage in CNM:

[O]penness to new experiences and conscientiousness were robust predictors of attraction to multiple-partner relationships among LGB individuals. People who tend to have active imaginations, a preference for variety, and a proclivity to engage in new experiences (i.e. high in openness) hold positive attitudes toward CNM and greater willingness to engage in these relationships.

Meanwhile, people who were more “conscientious” (a.k.a. high strung, narrow-minded, neurotic, etc.) tend to be less into the idea of sharing their partner with others:

“[I]ndividuals who tend to be very organized, neat, careful, and success driven (i.e., high in conscientiousness) perceive CNM negatively and have less desire to engage in CNM.

Researchers add that these people also tend to be “less geared toward sensation seeking” and “less willing to violate social norms involving monogamy.”

None of this is particularly surprising to us; however, researchers did make one somewhat unexpected observation: Extroverts tended to hold more negative views toward consensual non-monogamy than introverts, though many were still willing to try it out.

Researchers believe this may be due to the fact that extroverts tend to care more about what other people think of them, “which could be an underlying reason why extraversion was not related to positive attitudes toward CNM.”

Related: Man asks boyfriend for an open relationship and he says no… Now what?!