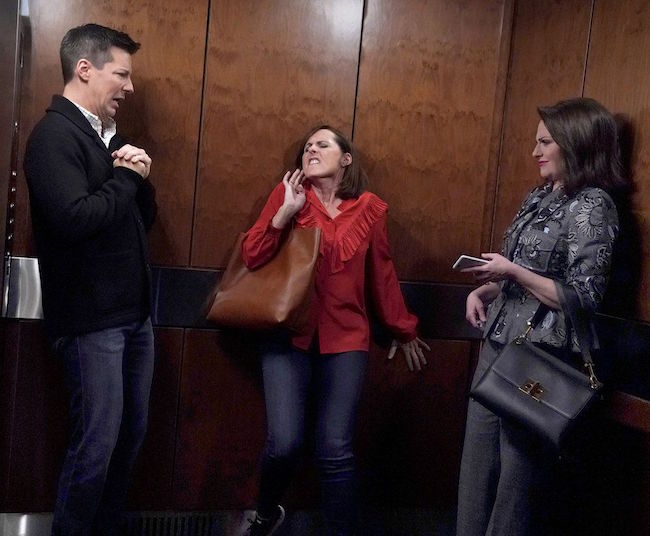 Are you ready for more Val? We’ll take that as a “yes.”

Molly Shannon is confirmed to be returning to Will & Grace as Val Bassett, the mentally unhinged neighbor who befriended Will in Season 1.

Her original arc consisted of five episodes, culminating in Grace unwittingly attending an AA meeting and running into the daffy dear.

From the first photograph taken from the latest episode, poor Val is still several sequins short of a Pride parade.

Related: Chris Kelly shares homophobic review of his film “Other People”; Twitter brings out the knives

Talking to  TV Line, the show’s co-creators Max Mutchnick and David Kohan said “2018 promises to be a year marked by unmoored insanity, and it’s in that spirit we’ve asked the divine Molly Shannon to be part of the second half of our first season back.”

Back in August, Shannon stopped by Watch What Happens Live and said she’d “love to be a part of” the reunion, if they’d have her.

“I’m still really close to Megan [Mullally] and Sean [Hayes],” she said, “but I haven’t been asked yet.”

The SNL alum will appear in an episode after the series returns in January.