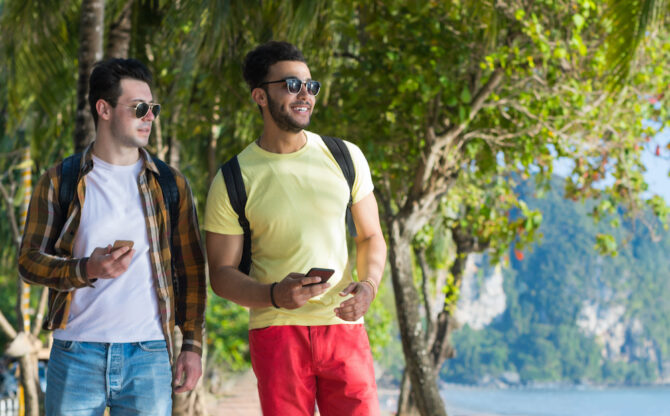 Much to the dismay of meddling would-be matchmakers everywhere, gay guys are capable of platonic relationships with other gay guys. Shocking as it may seem, not all gay friendships lead to love or sex.

But it’s natural to wonder: When two besties have compatible sexual orientations, then what, specifically, stops them from hooking up?

That’s what one user of Reddit’s r/AskGayMen forum wanted to know recently. “What is it about your best gay male friend that makes them unfit to be your boyfriend?” that user asked. “I’m always curious to ask this because you get such interesting and sometimes wild answers.”

Indeed you do! Here’s a selection of (lightly edited) responses from that Reddit thread, which shows how sexual compatibility gets outweighed by other (sometimes very particular) incompatibilities.

“I’m not attracted to him.”

“We’re not each other’s type, physically [or] sexually, nor [are we] compatible as a couple, as we have different romantic needs. We’re better off as friends.”

“We have known each other since we were 12; we are more like brothers. He also has a foot fetish, and I don’t have legs.”

Related: How can I make gay friends without having sex with them?

“Distance, age, and despite being fantastic friends, we would kill each other if we dated. He’s also poly and has one boyfriend, and I’m not in a place where I could maintain a healthy poly relationship.”

“We’re basically opposite in most things, lol. The main one is that I am someone [who] needs a lot of independence and personal space/time, while he tends to be very emotionally dependent [on] his significant other, and I honestly couldn’t live with the responsibility.”

“He didn’t know who Carl Sagan was.”

“He’s 100% not my type physically. There’s zero attraction. Also, we are too different in every sense of the word, which I love in friends because I like to hang with all sorts of people to get all sorts of perspectives on life, but I need my significant other to have a lot in common with me if we’re going to have a nice, easy, peaceful life together.”

“I would love to try a relationship with my gay best friend. I have never met someone so physically attractive, and he is just as beautiful of a person on the inside. Unfortunately, I don’t seem to excite him in the same way; he is content being friends. So he has one fatal flaw as far as boyfriend requirements: He does not want to jump my bones. I decided to remain friends, but his friendship is much like a bronze medal. I cherish it, but being with him is a constant, stinging reminder that I wasn’t good enough to get the gold. The day will come when some guy wins his heart, and I’m honestly not sure how I’ll handle that.”

“For one, I’m not his type, which is fine. But two, we are fine as friends, but what I would need from a relationship, I don’t think he could provide. I am more sensitive about things than I think he would be capable of dealing with—or, at least, dealing with in a way that would make me not feel like sh*t. At the friendship level, it’s not a problem. In an intimate partnership? It would be awful.”

Related: Are there apps for making gay friendship and not dating or sex? Reddit says…

“We were friends before either of us came out. So, it would be like dating my brother.”

“As a friend, he’s pretty annoying sometimes. As a partner, I don’t think I could handle it. We’d also butt heads on politics, since we have vastly different ideologies. And he’s a Warhammer 40,000 fan, Warhammer fans are assholes. The more I think about it, the more I wonder why I hang out with this guy.”

“Good friendship chemistry is hard to find. I’d be more likely to ruin an awesome friendship than gain a long-term relationship. But I’m already married, so it’s hypothetical.”

“’Tis simple—because I want a gay male best friend that isn’t my boyfriend.”

“We are both bottoms, lol.”