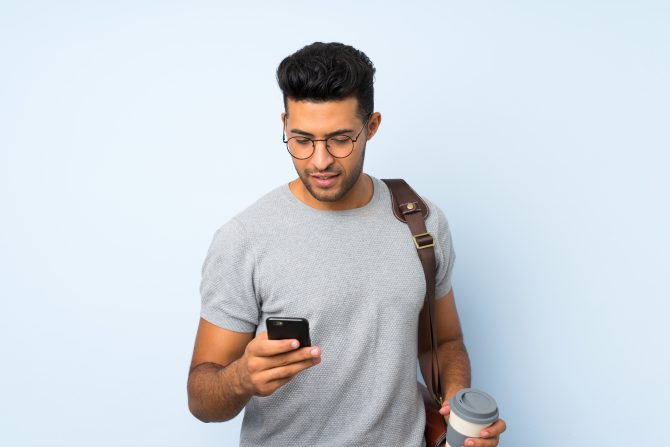 Apps like Grindr can be great for finding a date or just a good time — or political support, alternatively — but where can you go online to find friends?

One Reddit user asked that question in the r/gaybros forum recently, explaining that he’s not ready to date yet but he’s hoping to find websites and apps for meeting new gay friends.

“I am the only gay friend in my friend circle, and I wanna find people who [have] been through what I went through and understand my feelings, I guess,” he added. “I want to branch out and not just remain in the same friend circle I [have] been for 10 years, but I am worried I won’t click with the people I meet. Also, where I stay, gay people aren’t common. It’s illegal here, and the majority of the people are closeted, so yeah. Would love to hear the feedback.”

Related: Can gay guys make gay friends while in a relationship? Redditors say…

One person said any app would do, as long as the OP stays safe. “Be really careful if being gay is illegal in your country,” that commenter recommended. “My wish for you is to live your best life freely. Whatever app you do find, if you are looking for friends, only be sure to say that or [write] ‘No hookups.’”

Another commenter chimed in: “Maybe you could try groups on Twitter or Facebook. I would say Tinder or Grindr, but people on those apps are probably expecting something besides friendship. Even though two of my close gay friends I met on Tinder, lol, so who knows.”

Someone else suggested that Grindr or Scruff, while primarily used for hookups, could work. “You can talk and connect without dating,” that person added. “Be firm in your boundary of what you are looking for. Block people that violate your boundary. You’ll find people to chat with. It’s not always about dating or sex. We all want to connect.”

Related: If you have trouble making straight male friends, you’re in good company

For another commenter, RPG might as well stand for Role-Playing Gay. “The best way I’ve found to make gay friends online is playing Dungeons and Dragons through Roll20 or Discord,” that commenter said. “Most queer folk that play will let you know if their game is inclusive.”

Someone else, meanwhile, proposed Yubo. “It’s an app kinda like Tinder with the swiping-left-or-right feature, but more so platonic,” that Redditor explained. “Most people tend to just leave their Insta and Snapchat on their bios and expect you hit them up first, but at least you get to see what they look like, as opposed to other apps like Grindr. Granted, this app isn’t specifically just for gay people, but you can change the settings of who appears when you’re swiping. Also, you can also start and join live sessions, which are basically like livestreams, but it’s not something you have to participate in to meet new people, regardless.”

And one Reddit user suggested Reddit itself, since people in the subreddits “just want to f*ck around.”

“DM if you wanna talk about stuff,” that person added, “as long as you can tolerate my dad jokes and room temperature memes.”

What about you, dear Queerty reader? What sites or apps are your platonic ideal, so to speak? Give us your suggestions in the comments below.