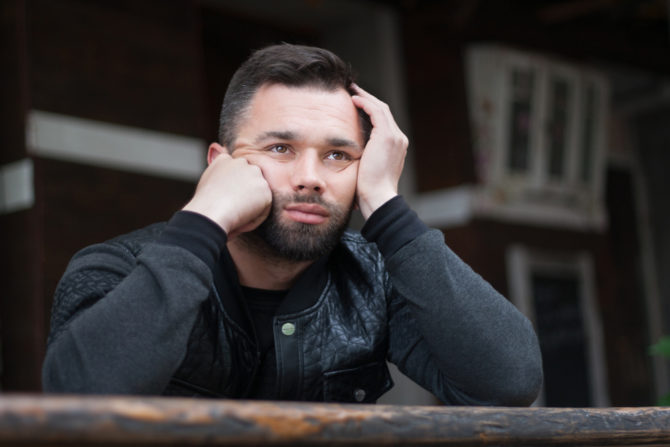 Perhaps one day, society won’t be heteronormative, homophobia will be a thing of the past, and masculinity won’t be fragile. But in the meantime, in the world that exists now, some queer guys say they find it challenging befriending hetero dudes.

On Reddit, one user recently reflected that he “always [has] a hard time making straight male friends,” and not just because he likes pop music and dislikes bro-friendly video games like the Call of Duty or FIFA titles.

“The root of the problem is that I always feel like I’m gonna end up making them uncomfortable. I want to think that I’m not dramatic per se, but I do have anxiety and depression and am a bit of a high maintenance friend, if I’m being honest. I just tend to talk about my problems to my friends a bit too often, and in the culture I live in straight guys are not used to dealing with that stuff and usually don’t know what to say,” he added. “I also worry that if I ever invite one to my house they might feel like I’m gonna get sexual with them and they could not feel comfortable near me. Furthermore, I’m scared that I could cry or something if something bad happened or they made a cruel joke or something.”

Plenty of Reddit users could relate, while others said they have no trouble being buddy-buddy with their straight brethren. Here’s a smattering of responses, condensed edited for readability.

“Honestly, same. I’ve always somehow ended up in female or gay circles (or both). I’ve realized few months ago that I’m legitimately afraid of straight men. Like, will my interests ‘out’ me? Will my opinions ‘out’ me? What will be their opinion of me if they figure it out? Will they think I’m hitting on them? Will they get violent because of that?”

“I used to feel that way a bit more when I was younger. But I don’t really feel that way anymore. And I’ll be completely honest about why I think that is: As I’ve grown up — I’m in my 30s now — I’ve become much more masculine in both appearance and mannerisms than I was back then.”

“I also have hard time making friendship with straight guys whose personality is just talking about football and girls. But my close friend is a straight guy, and we have so many things in common, so don’t give up yet. He is comfortable in his sexuality. So am I. We poke fun at each other sometimes about it, and that’s it! I really do feel lucky to have a straight friend whose sexuality is not fragile or threatened when he’s hanging around a gay guy, so it is 100% possible for you to find someone like that, too!”

“I’m the same way with straight guys. I always find that they basically want me to be their girlfriend but without the sex. Like, they want to vent all of their problems to me and have me be supportive and caring of them, but they never do it back, and they never invite me to hang out with their ‘boys,’ because, well, they don’t see me as a boy.”

“Same for me as well. I am closeted but seem to have a gay vibe or something. A lot of straight guys seem to be bothered with me before knowing anything about me. I noticed a lot of this at work. Especially when I am the new guy, there are always some of the more insecure guys who act immediately irritated with me when we first meet.”

“It seems like straight guys are very sensitive to even a slightly fem guy. I do think that the insecurities are largely on the part of the straight guys. Many of them seem terrified of being seen as less manly in any way and have few close friends because of this. Few of them have the confidence with themselves to be seen talking to a gay guy.”

“Straight men typically intimidate me. I have almost no straight male friends because I find it hard to trust them. And even if they are not homophobic at all, they will say little things here and there that make me uncomfortable. It’s not fair, and I’m working on it. But it is what it is. There’s a lot of trauma from straight guys we often end up needing to unpack before we can make progress in this area.”