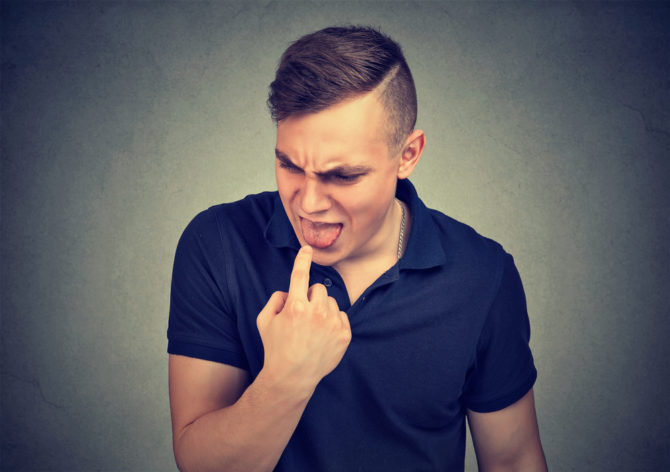 Are straight guys “the holy grail” of hookups for gay men? Why should they be so lust-worthy? These are the questions rolling around in the mind of one gay Redditor who says he doesn’t understand the fixation.

“Am I the only one who isn’t turned on by this at all?” he asked his fellow r/askgaybros Reddit users. “I can’t imagine being with a guy like this. I want someone to be into my body, my hard d*ck, my beard, my deep voice, my masculine energy… just everything.”

Related: Can gay guys make gay friends while in a relationship? Redditors say…

One user responded: “I always say, you can be attracted to a straight guy. Because he’s a guy. But if him being straight is what’s attracting you, just don’t. Never saw the attraction honestly. Is it because it’s supposedly not their( the straight guy) thing but they let them?”

Another Redditor offered a theory: “I don’t think it’s, ‘Wow, I want to f*ck around with someone who has no interest in me and can’t get it up’ but rather the extremely unlikely fantasy of ‘He will take one look at my incredible manliness, realize what he’s been missing all his life, and turn into the most insane cock worshipper ever.’”

The conversation also touched a nerve for a Reddit user who pointed out the femmephobia in the gay population. “I think part of what isn’t clicking for you is because you’re a masculine top dude,” he told the original poster. “Like you said, you are looking for someone who will be wholeheartedly attracted to your masculine manly qualities, which gay men can happily fulfill for you.”

Related: Is it time to ditch ‘masc’ and ‘femme’ labels once and for all?

“Straight men are attracted to femininity. Soft features, feminine voice and mannerisms, submissive personalities. I have all of those qualities. Just like you want to be loved and embraced and lusted after for your authentic masculine self, I want to feel lusted after for my authentic feminine self. However, when the majority of gay men picture their dream guy, it is a sexy bearded lumberjack that does not look anything like me.

“Thus, I usually end up hooking up with bisexual men that look and behave like heterosexual men. They offer me everything I’m attracted to, and they are genuinely attracted to my femininity and don’t have to begrudgingly look past it. I can be myself, and someone I find sexy will find me sexy.”

Moral of the story? If we can’t dismantle the gay population’s masc4masc bias, we probably shouldn’t begrudge others their femme4masc desires.