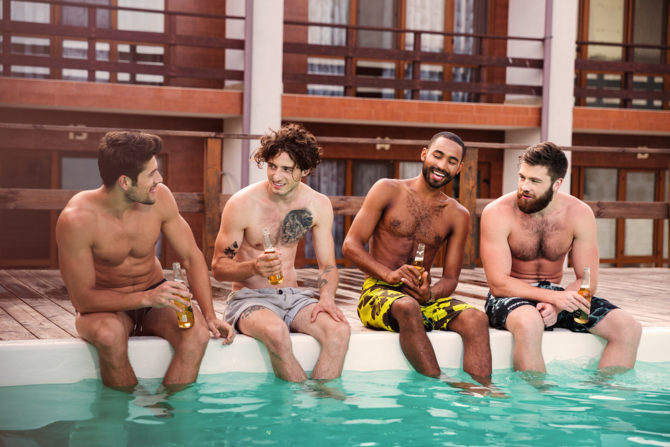 A New York City guy with a boyfriend hit up Reddit recently to ask about making gay friends while being in a relationship, explaining that he has his “party crew” but also wants homo company for more low-key hangouts. “You know, dinners, movies, games, shopping. Casual things,” he wrote.

The original poster is reluctant to try using dating apps to make platonic friends, too. “I’m not looking to hook up, just wanting to hang out,” the added. “Anyone else feel this struggle?”

Related: How can I make gay friends without having sex with them?

Luckily, the OP’s fellow Redditors came through with ideas. “NYC has gay sports leagues for just about every sport out there,” one wrote. “They’re a great way to meet friends.”

“I joined an LGBT support group a few months ago, and that’s how I met my BF and a bunch of other gay friends,” another said. “We held gatherings every month plus some other small events.”

A third commenter pointed out the plethora of gay Meetup groups around the Big Apple.

Others, meanwhile, could sympathize with the OP’s predicament. “My husband and I live in Las Vegas. We both want to have intellectual, non-sexual relationships with other gay people, but it’s f*cking hard,” one commented. “We are not into partying/clubs/bars at all. We drink, occasionally smoke weed, and are both very chill and introverted, haha. So I definitely feel your struggle.”

Another wrote, “Same deal but in Philly. Tried Tinder but it went… badly. Made it super clear in my profile I was trying to make friends, always led with that in conversations, but I came to realize guys either didn’t believe me or were looking for a ‘challenge.’”

Related: Bromance after love: Why friendship with an ex is easier for gay men

But when one Redditor said he just moved to New York City with his boyfriend and has the same struggle, Internet magic was made.

“Perfect,” another Reddit user chimed in. “Why don’t you and OP [message] each other, meet up for drinks with your BFs (double date) and go from there. No catch, no expectations — just have fun!”