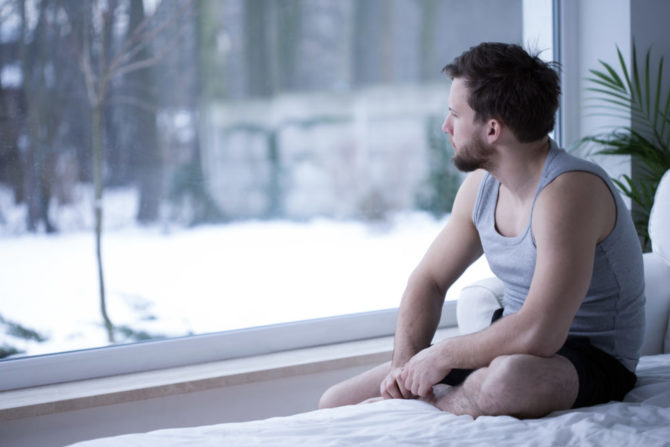 A gay man in his 30s has found himself in a crappy situation: He’s single with zero gay platonic friends. And he has no idea where to find any. So he’s turning to Reddit for advice.

“I’m simply looking for gay male friends, but I don’t know where to start,” the man writes.

“As it stands right now, I have exactly one gay friend, and one gay friend who lives about 100 miles away who regularly shows off the friends with benefits that he constantly hooks up with, which gets old when you are pretty much sexless.”

The friend that lives in his city, the man explains, has such a crazy work schedule that they hardly ever see one another. In fact, the only way they can hang out is when they plan for it “months in advance.”

“I enjoy drinking at gay bars, but I detest going by myself,” he continues. “I’m basically trying to meet gay guys to talk to and drink with, with zero expectation of sex or any emotional bond more than friendship. I have no clue where to start.”

He says he’s tried apps, and he doesn’t have time to join any gay clubs or organizations because they always meet in the evenings when he has to work.

“I’m, for all intents and purposes, single and friendless,” he laments. “I feel largely ignored and dismissed. What exactly do I do?”

Unfortunately, his fellow Redditors don’t seem to have much practical advice to offer.

“You sleep with gay men and realize that you aren’t compatible for dating but that you do really like each other otherwise,” one person writes. “That’s how a really good number of gay friendships start off.”

Or, that same person suggests, “you quasi-date someone for a bit, they introduce you into their friend group, the romance fizzles off, and the social aspect persists.”

In other words: Go steal someone else’s friends!

“You are thirty, so here is some advice,” another person advises, “pick a bar, attend a given night, become a ‘regular.’ Make conversation with the guys there, some of them will not be friendly, but some of them will. Observe how they move, what they do, how they socialize and do the same things bro. Smile at them.”

In other words: Become an alcoholic and reeelaaax!

Related: When Your Gay Friends Give You Terrible Advice

Other suggestions people have include “You just need momma to push you out the door,” and “Lots of gay guys are catty bitches,” and “I don’t think it is as dire as you portray, I think you just have not had much success and that has primed you for failure.”

Then there’s this keen observation: “I’m going be totally honest, reading your past posts makes it sound like you might have some serious self esteem issues. Have you ever talked to anyone about that?”

Do you have a hard time developing gay platonic friendships? What advice would you give this guy? Share your thoughts in the comments section…