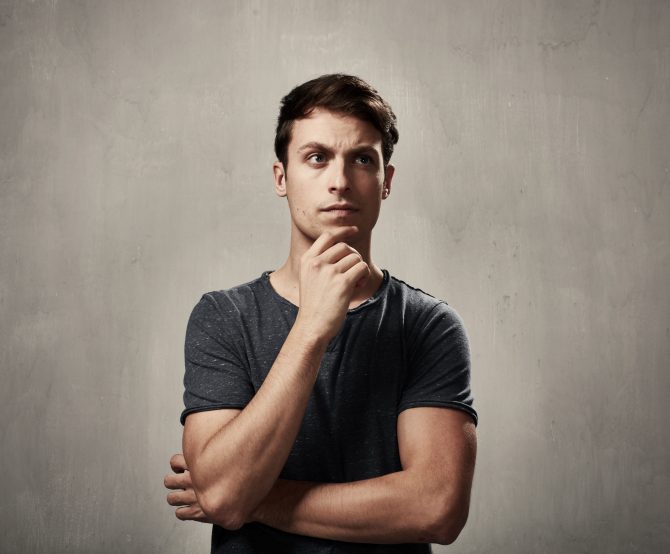 Questioning one’s sexuality is a routine part of human development, and in a recent Reddit thread, guys recalled the moments they first asked themselves “Am I gay?”

Here’s a selection of responses from the thread — including revelations made at a Pride parade, at a department store, at school recess, and even at mass.

Related: Gay guys list the myths they once believed about gay people

“I was in grade 1, and firefighters came in for a presentation. I felt weird when I looked at them. A few years later, in grade 4/5, me and this one dude would always sneak out of class and meet in one of the bathrooms. By grade 8, I had told the first person. I feel like I’ve always just had this internal feeling that was different than the feeling I got when I looked at girls.”

“The summer after I graduated high school, I got to go on a school-sponsored trip to London and Paris. Because I had already graduated, I went off on my own around London instead of taking the arranged tours and being stuck on a tour bus all day. I went to see what I wanted to see and took in a couple of West End shows. On my way to catch a showing of Phantom of the Opera, I came up out of the tube station smack in the middle of London Pride. Suddenly all the scattered puzzle pieces began to fit together. I walk around and took in the sights that is Pride.”

“When I was 9. Suddenly I realized that I felt more than friendship with my best classmate and was jealous when he was playing with other friends during recess. I was also very sad when I heard he was going to move and never saw or heard of him again.”

“An old priest started talking about the evils of homosexuality during mass and I went, ‘Huh. I’m gay.’ And walked out.”

Related: Guys list the most awkward questions they’ve gotten about being gay

“The men’s underwear section was a sweet torture every time I went out with my parents, and I didn’t even know why.”

“I feel like I never had a moment like this. I always knew I was attracted to other guys, and to me, it was normal, but I knew not to bring it up around other people. I didn’t really have a concept of sexuality then, though, because I was young. Around middle school was when I actually began having crushes and such.”

“I always found women attractive, but as I got older and I had opportunities to be with the opposite sex sexually, I’d always get nervous. I also always had an internal attraction to men. My first experience with another guy felt natural and my anxieties went away.”

“Does anyone remember Ace Ventura: Pet Detective? Well, there’s a scene in that movie where Ace is in the men’s locker room with a big muscle bear guy. I remember being a 12-year-old pubescent boy rewinding and pausing on that muscle bear. I was really intrigued by that muscle bear.”