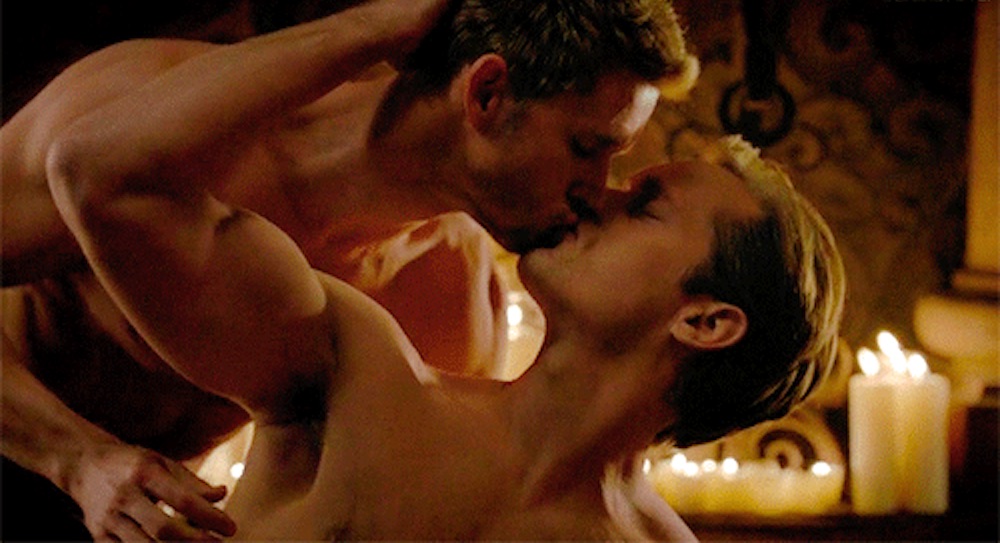 This year marks the 10th anniversary of the start of True Blood, HBO’s campy and very gay vampire drama series that ran from 2008 to 2014. And the show is apparently getting adapted into an upcoming stage musical.

At a 10th anniversary screening of the show’s pilot episode in Los Angeles this past weekend, the show’s gay creator Alan Ball announced details about the musical, according to Deadline.com

“It tells the story of vampires coming out of the closet,” Ball revealed. “Ultimately it really departs from the book, because people aren’t ready, and they’re too bigoted and they end up going back in to the closet.”

Ball says he hasn’t yet seen the musical, but it’s being composed by Nathan Barr, a longtime musician who has scored several horror TV shows and films.

Related: Remembering Nelsan Ellis as a champion of gay rights, on “True Blood” set and off it

HBO’s True Blood followed the exploits of vampires and other supernatural creatures living in the fictional town of Bon Temps, Louisiana after a U.S. beverage manufacturer creates a blood-like nutritional drink that allows vampires to finally “come out of the casket” and thrive without killing others.

It’s interesting that the musical will follow a different direction and have the vampires go “back into the casket” after facing bigotry. The vampires in the show faced discrimination as well, with protest signs reading “God Hates Fangs” and an anti-vampire conservative religious group, the Fellowship of the Sun, politically organizing against them.

The TV series was based on author Charlaine Harris’ The Southern Vampire Mysteries books and it contained a large number of gay, lesbian and bisexual characters including Lafayette Reynolds, a strong sassy short-order cook; Tara Thornton, a tough-talking bisexual human-turned-vampire; Eric Northman, a bisexual vampire who gets briefly involved with Talbot, the gay consort of Vampire King Russell Edgington; and many more.

Let’s hope some of these fang-bangers end up in the onstage musical as well. And a note to vampire: Avoid the daytime matinee performances — the sun will do horrors to your complexion.