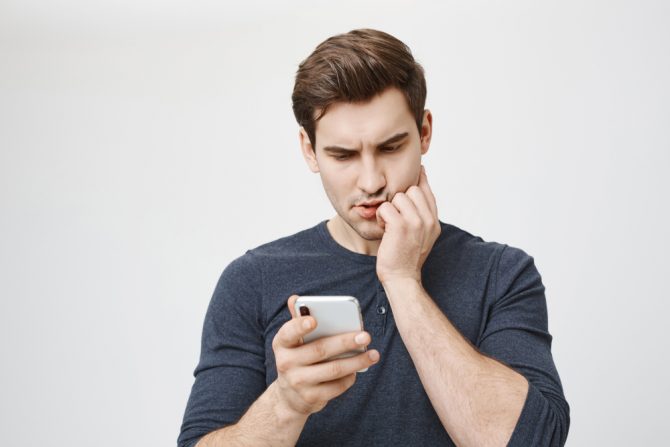 David (@homesweethomo), 26, is based in Orlando, Florida. In late 2018, he was diagnosed HIV positive. Last month, he went public with the information by posting to social media to let his friends and followers know.

Although on medication and undetectable, David has found that HIV stigma remains rampant among some sections of society – including other gay guys. This week he posted about being blocked on Grindr.

Well I was excited to hook up with someone then when I told them I was undetectable they blocked me ? the kicker is they’re on prep!!! I’m tired.

“Well I was excited to hook up with someone then when I told them I was undetectable they blocked me ? the kicker is they’re on prep!!! I’m tired.”

If someone is HIV positive, on medication and consistently undetectable, there is zero risk of them passing on the virus during sex, with or without condoms. This is the basis of the U=U (Undetectable = Untransmittable) campaign.

PrEP is highly effective at ensuring someone who is HIV negative stays that way. In fact, a recent Australian safe sex campaign highlighted how PrEP was more effective than condoms.

And of course, there’s nothing stopping you using condoms, too.

Clearly, lots of gay guys still haven’t got the memo. David told Queerty this was not the first time this had happened. And it’s hurtful and exhausting.

“I’ve gotten into conversations with people who were on PrEP that immediately went from being interested to not interested. Getting blocked is usually more frequent, though.

“Dealing with stigma is perhaps the worst part of being HIV+, especially when it’s people on PrEP, since that is exactly what their medication is there for: the prevention of HIV.

“The U=U message is very common, yet not completely understood by everyone, and we need members of the community to keep pushing that message. I believe the stigma has lessened since, say, five years ago, but we are nowhere near where we need to be with regards to the acceptance of HIV+ individuals.”

To be fair I don’t know why you need to tell people you’re undetectable. It’s up to the individual to make sure they’re taking the correct precautions before sex with another person. I’m sure he didn’t think twice when fucking in the darkroom last weekend with an anonymous guy

However, as David reminded them, it’s illegal to fail to disclose one’s HIV status in Florida if asked (as it is in several other US states).

Most commentators were supportive and told David he’d dodged a bullet. Others shared similar experiences.

I’m sorry, people are the worst. I’ve had way too many guys (on and off PrEP) block me or freak out. Just before I left NYC a guy who was on PrEP and knew I was undetectable freaked out after via text and asked if he should go get PEP too just in case.

I’ve had that happen. I was told he took prep to “prevent accidental contamination from like you, not so I can willingly have sex with people like you.” You don’t need that negativity, hookup or not.

That happens an awful lot matey. Declaring you are undetectable, and therefore considerably safer than someone who hasn’t been tested, seems to be a deal breaker – nowt so queer as folk!

WTF?!? Sorry that happened to ya. His loss, even if it was just a hook up. Sometimes i just don’t understand people. What rock does he live under. ??????? pic.twitter.com/R0hEVQOFKJ

“PrEP alone is more than 99% effective.

“It’s frankly absurd for anyone on PrEP to think that rejecting someone who is open about their HIV status is a better strategy for preventing HIV. Someone who is undiagnosed, and unable to disclose, is likely to have a much higher viral load and so be more likely to pass the virus on.

“HIV has changed. When treated we have equal life expectancy. The ignorance and prejudice we still face is now one of the greatest challenges for people with HIV.”