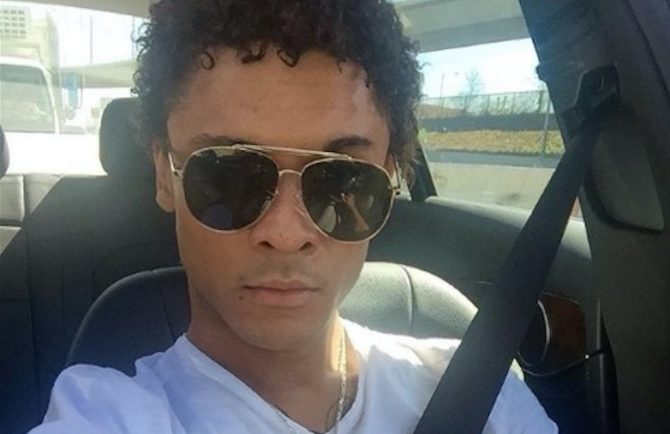 A man who describes himself as “Hollywood royalty” and an “It boy” has filed a lawsuit against former MTV executive Brian Graden, claiming Graden used the prospect of a reality TV show in return for sex.

Rovier Carrington, who says he’s the great-grandson of Three Stooges star Moe Howard, filed the $100 million suit in New York Supreme Court. Carrington claims Graden stole his idea for a gay dating show and destroyed any possibility of a career in the entertainment industry. He also alleges the two had a two-year sexual relationship and that Graden kept Carrington around by promising to get Graden’s ideas produced.

In addition, Carrington claims he was raped by Brad Grey, former CEO and chairman of Paramount Pictures. Grey died in May of 2017.

The suit goes into detail about their alleged interactions, starting with Grey coming onto Carrington in a parked car after having dinner together. Carrington says Grey “began kissing Carrington all over his face, neck and mouth,” and became violent after the advance was rebuffed.

“The abruptness of Grey’s personality from dinner until that moment completely took [Carrington] off-guard and he did not know how to react,” states the complaint, according to The Hollywood Reporter. “Grey indicated to Carrington, that if he did not have sex with him, he would destroy any chance [he] had of building a career in the entertainment industry.”

The complaint alleges Grey blacklisted Carrington from doing any business with Viacom after Carrington would not sign a non-disclosure agreement, and that Carrington only began having sex with Graden, whom he met on a gay dating app, in order to secure work at Viacom again.

“Graden indicated to Carrington that if he wished to move forward with his reality show, and come off Viacom’s banned list, that he would be required to have sex with Graden, Carrington agreed, as having sex with Graden was now his only option if he wanted to work in the entertainment industry,” the lawsuit states.

The suit alleges that Carrington pitched multiple reality shows centered around his own life, including one titled The Life of a Trendsetter. The idea behind that project promised to follow “good looking kids from wealthy families, living together in a home, spending their parents’ money.”

Carrington also claims he pitched a gay reality dating show and that his idea was stolen by Graden and turned into Finding Prince Charming, which ran on Logo in 2016 and was the source of many a punchline.

The suit asks for $100 million in damages from Viacom and lists Grey’s estate as a defendant.

In response, Viacom said: “We take allegations of this sort seriously, and are reviewing the complaint.”