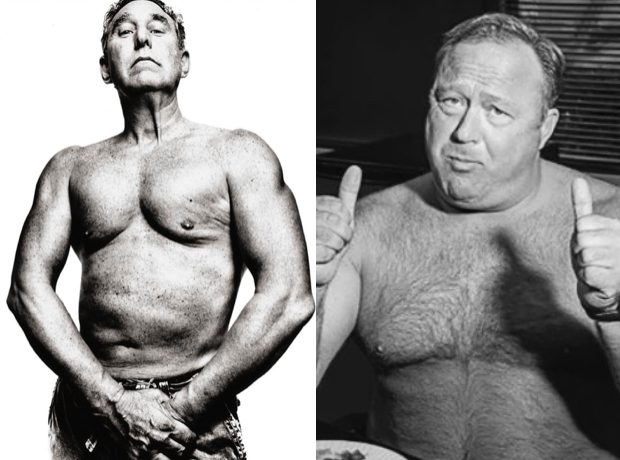 Sigmond Freud would have a field day with this one.

(For the record, Gen. McMaster has been married to a woman for the past 30-some years and, as far as we know, doesn’t identify as homosexual.)

The guys called McMaster a “leather daddy” who can “suck a golf ball through a garden hose.” Here’s how it went down:

JONES: Because that’s part of being a leather daddy.

STONE: Is it some secret club or something that they’re in? I mean, it defies the odds of coincidence, that every one of these guys have the same kind of look. There it is. Extraordinary. By the way [McMaster’s] smirk at the end of this kind of gives the whole thing away.

JONES: He looks like he could suck a golf ball through a garden hose.

Watch the exchange below. Or don’t.