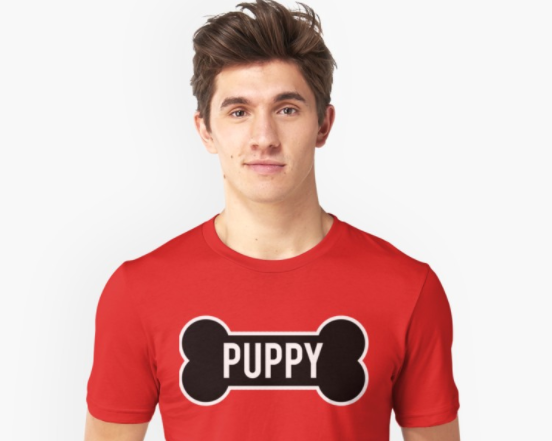 Yoga. Meditation. Marijuana. Wine. Bubble baths. Deep breathing exercises. Naps. These are all common strategies people use to relax. But according to a new study published by Archives of Sexual Behavior, puppy play (a.k.a. “pup play”) is also an excellent way to unwind.

The study, which is the first of its kind, was led by Dr. Mark McCormack, a sociologist at Durham University, and Liam Wignall at the University of Sunderland. Researchers spoke with 30 gay and bisexual men from across the U.K. who all engage in pup play, the popular form of role-play where one person acts as the human and the other person acts as the dog, on a regular basis.

What they found was that many of the guys who identified as “pups” reported doing so to achieve a psychological state commonly referred to as “pup head space,” “puppy mode,” or “pup brain.”

Basically, this is a nirvana-like mental state of being where a dude finds himself able to release all cognitive inhibitions and live fully in the moment, the way a dog does. According to the study, the majority of pups said getting into this headspace was their main reason for engaging in the behavior in the first place.

“Life is a bit simpler in the headspace,” one participant said. “It’s nice not to do anything and just relax.”

“When I do pup play, sometimes it’s an escape from the world into a different mindset,” another added. “I enjoy not feeling the need to be responsible.”

Pup play has grown more and more popular within the kink/BDSM community in recent years. Part of the appeal, researchers now conclude, is that not only does it feed people’s sexual appetites, but it has its own unique calming benefits, often achieved through escapism.

“We classify pup play as a kink, and find no evidence for the framing of it as a form of zoophilia,” researchers write. “We call for further research on pup play as a sexual kink and leisure activity from both qualitative and quantitative perspectives.”

Related: The Growing Trend Of “Puppy Play” Is Further Proof That Men Can Be Such Dogs