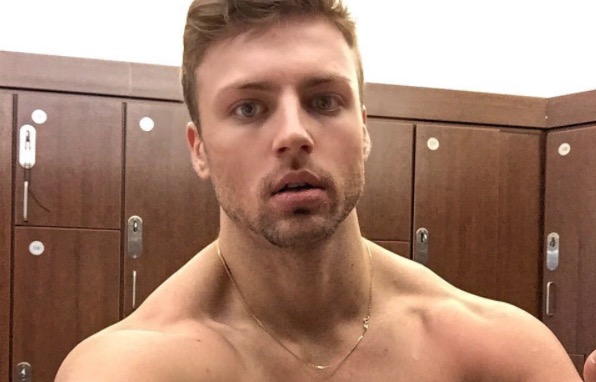 On the surface, it’s a seemingly LOL-worthy brush-up with a social media company’s terms of service: A Harvard undergrad named Miles Kennelly posted some photos to Instagram that were flagged as inappropriate, and were promptly deleted.

But is there a double standard at play here?

The openly gay student who now lives in New York took to Twitter after the photos were deleted to see what people thought:

Instagram took this down for being too "sexual" ?????https://t.co/W1uyqXemFC pic.twitter.com/0XjVrgatS7

Then it happened a second time, and Miles went from annoyed to pissed:

RT! So mad @ Instagram. took down ANOTHER pic bc it's "sexual". Would they take down a fully-clothed woman who happens to be busty?#Sexist pic.twitter.com/o7g750DxTW

“Instagram took down ANOTHER pic bc it’s ‘sexual,'” he wrote before asking: “Would they take down a fully-clothed woman who happens to be busty?”

“They probs wouldn’t,” one commenter hypothesized, adding “They are probs jealous of what you’re packing.”

Related: Here’s The Photo That Nearly Got David McIntosh Banned From Instagram

Well whatever the case — be it jealousy, prurience or a trigger-happy moderator — after Miles drew attention to the matter, Instagram reinstated the photo.

We know what you’re thinking. Finally — the ripped, white, Harvard students of the world see a little justice. But hey, we’re still glad the pics have returned to their rightful place.

Scroll down for a closer look at this social justice warrior:

My skills include oral hygiene