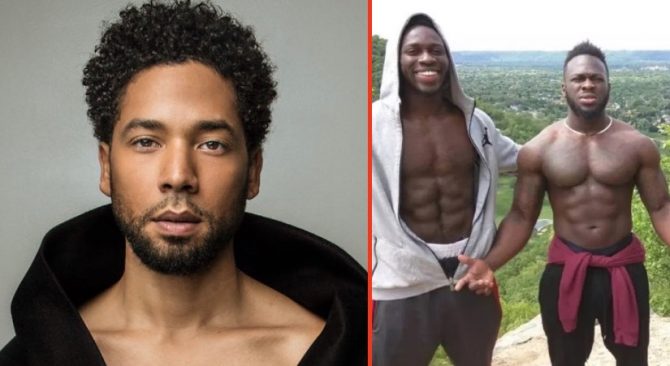 Jussie Smollett has officially been charged with disorderly conduct for allegedly filing a false police report claiming he was the victim of a racist and homophobic attack last month, a spokesman for the Chicago Police Department tweeted Wednesday night.

“Felony criminal charges have been approved by @CookCountySAO against Jussie Smollett for Disorderly Conduct / Filing a False Police Report,” wrote Anthony Guglielmi. “Detectives will make contact with his legal team to negotiate a reasonable surrender for his arrest.”

Felony criminal charges have been approved by @CookCountySAO against Jussie Smollett for Disorderly Conduct / Filing a False Police Report. Detectives will make contact with his legal team to negotiate a reasonable surrender for his arrest. pic.twitter.com/LvBSYE2kVj

The news comes just hours after Guglielmi, the Chief Communications Officer for the Chicago Police, shared that authorities were looking at Smollett as a suspect:

Earlier Wednesday it appeared that the Empire star’s lawyers may have spared him from indictment after a “Hail Mary” call was made to prosecutors that postponed the testimony of brothers Ola and Abel Osundario (above, right).

“Like any other citizen, Mr. Smollett enjoys the presumption of innocence, particularly when there has been an investigation like this one where information, both true and false, has been repeatedly leaked. Given these circumstances, we intend to conduct a thorough investigation and to mount an aggressive defense.”