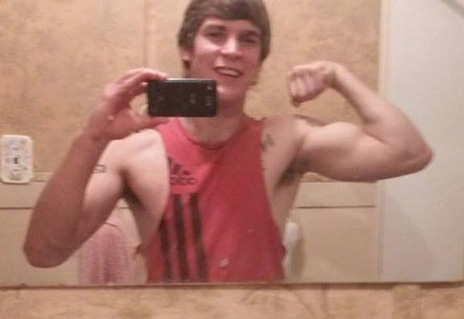 There are bad dates, and then there’s this.

A Kansas man was in the process of getting to home base with an automobile of unidentified make and model (we’re thinking something sporty) when his ménage-à-truck was interrupted by the receiving end of a taser gun.

It was likely not the big finish he was hoping for.

So what happened exactly?

Ryan Malek, 23, was named in a Municipal Court complaint for allegedly trying repeatedly to engage sexually with the tailpipe of a parked car.

Related: Florida man exposes himself at Target for $20, is promptly arrested

He stands accused of exposing himself with the intent of arousing or gratifying “sexual desires.” Who said romance was dead?

He’ll have to face a judge on July 19 to answer to the charge.

According to police, Malek was heavily intoxicated when they arrived on the scene in Newton, 25 miles north of Wichita.

Even as police demanded Malek get out from underneath the car, he continued in his pursuit of vehicular copulation.

Ultimately, police tasered him and took him into custody, at which point his blood alcohol level was more than four times the legal limit.