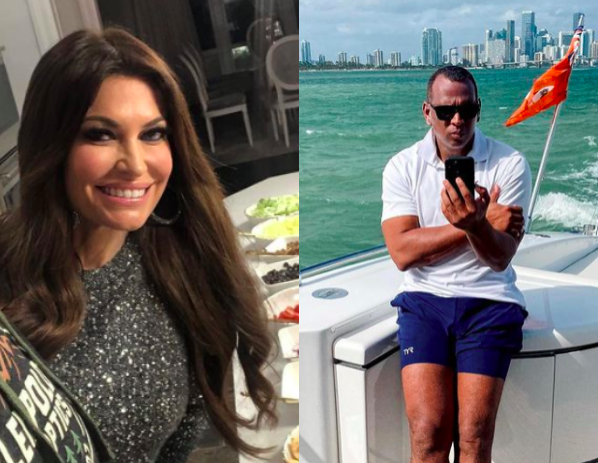 Since breaking up with Jennifer Lopez earlier this year, Alex Rodriguez has been living his best life on Instagram and posting lots of shirtless thirst traps…

Now, time for a little backstory…

After breaking up with Lopez back in April, Rodriguez moved out of her $10 million home in the Hamptons and into his own $200,000 per month rental property about a mile down the road. As it turns out, the property had previously belonged to Don Jr. and Kimberly, who sold it back in March for a reported $8 million.

And so, naturally, Kim is now obsessed with A-Rod.

OK, OK, maybe “obsessed” is too strong of a word. But she definitely follows him very closely and has begun reaching out to him publicly.

“Hope you are enjoying the house we loved it!” she commented on his June 16 post.

“Beautiful girls happy for you glad you are enjoying the home with your family!” she wrote on his July 2 post. 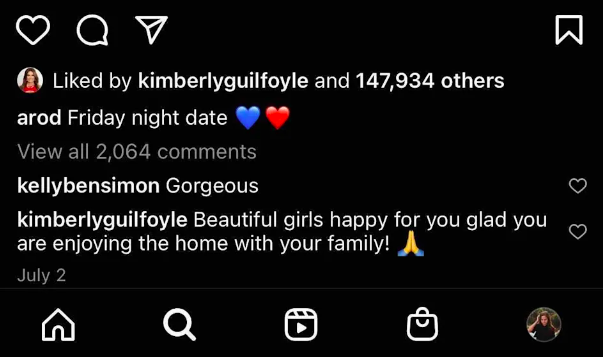 Rodriguez, however, doesn’t follow Guilfoyle back. Nor has he liked any of her comments, though he has engaged with other followers on the same posts.

He also hasn’t liked or commented on any of her Instagram posts in return, which is completely understandable considering HE ENDORSED JOE BIDEN FOR PRESIDENT AND ATTENDED BIDEN’S INAUGURATION.

It’s pretty clear to us that he’s not interested in engaging with Don Jr.’s girlfriend. It’s also pretty clear that she’s not getting the hint. And she doesn’t seem to understand that, whatever your intentions, repeatedly attempting to contact the tenant who lives in your old house might make that person feel uncomfortable.

Of course, given her past alleged behavior–which includes allegations of offering lap dances to Trump donors, sharing details with colleagues about her sex life with Don Jr., and showing her ex-assistant dick pics of all the men she’s slept with–respecting boundaries has never been Guilfoyle’s strong suit.