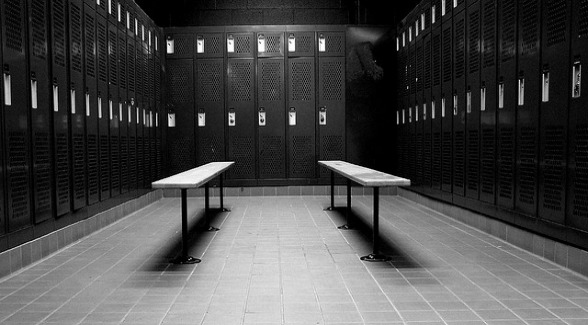 The Chicago Tribune reports the hazing may go back at least two decades.

“They were brutally mocked, teased, humiliated, embarrassed, and emotionally harmed, all in the name of team bonding,” he claims.

It’s the latest development in an ongoing scandal plaguing the school ever since two Lake Zurich football coaches were put on leave for unspecified reasons right before a November playoff game.

Reports of “inappropriate activity” in the locker room after a football team dinner in October led Lake Zurich Community School District 95 to investigate along with Lake Zurich police and the Lake County State’s Attorney’s office, but no charges were ultimately filed.

An investigation by the Illinois Department of Children and Family Services continues.

Authorities have remained silent regarding what exactly happened in the locker room, blacking out large swaths of police files and omitting details from a report written by an outside law firm. The new lawsuit also redacts passages describing the alleged abuses, stating one boy was “hazed” in the locker room shower, and another engaged in “an unspecified act” with a teammate.

This all took place under a tradition known as “(Expletive) of the Week,” which targeted teammates by putting their names on a locker room whiteboard.

According to the lawsuit:

“(Social) pressure and bullying at such events is so severe that even unwilling participants are forced to take part in acts that are assaultive, illegal and often sexual in nature.”

Apparently this “tradition” goes back to at least 1997, and the lawsuit claims acts include players stripped naked, players sexually assaulted with broomsticks, and players punched in the genitals.

Other teams had their own traditions within the same time period, the lawsuit alleges, from cross-country runners being duct-taped naked to a post to wrestlers punching and kicking their teammates in what was known as a “birthday beatdown.”

The lawsuit seeks damages over $50,000, and asks for required anti-hazing training for coaches, teachers and staff; assemblies for students; and a database to track complaints of hazing and bullying.

Head coach David Proffitt, named as a defendant, made a statement to The Chicago Tribune via text:

We have always tried to do the right thing in preparing (players) for life’s challenges, while keeping them and the program’s best interest at heart….

In the 11 years I have been at LZ, anytime we felt that a player was being humiliated in any way what so ever, we stopped it & made sure those involved understood the wrong in what they were doing….

Never did I know of anything like that taking place. … I am amazed that because of one or two individuals’ claims, the whole program & coaches are given a black eye.