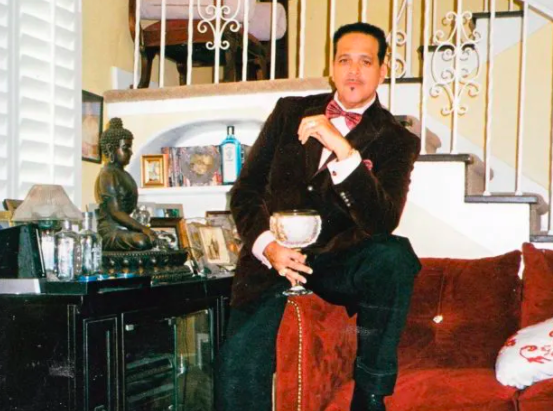 This year marks the 50th anniversary since the first pride parade following the 1969 riot at New York City’s Stonewall Inn. Since we’re unable to gather in person this June to celebrate, Queerty is celebrating pride season with our “Moments of Pride” series. We’re looking back through our archives at stories that have moved or inspired us, made us laugh, opened our hearts and minds, or that simply make us proud. Throughout the spring and into summer, we’ll be commenting on these subjects through today’s lens to show just how far we have come in a half-century. Happy pride!

After the last Black-owned gay club in Los Angeles, Catch One, was forced to close, a man by the name of 14K took it upon himself to create a safe space for the club’s displaced patrons to come together.

14K remodeled his own home into a social club and community center that caters to gay Black men, though people from all walks of life are welcome.

“With the club closing and having a place of my own, I like to come together socially with my friends and have a happy place with no drama, where we can eat, drink, [and] have fun,” 14K told Vice in 2016.

The only stipulation: BYOB. And his goal: To give younger generations an outlet to have fun and be themselves, but also to be a positive role model.

“I try to teach them to get up, make something of themselves, go to school, get a job, get what you want out of life, and be honest with people,” 14K said.