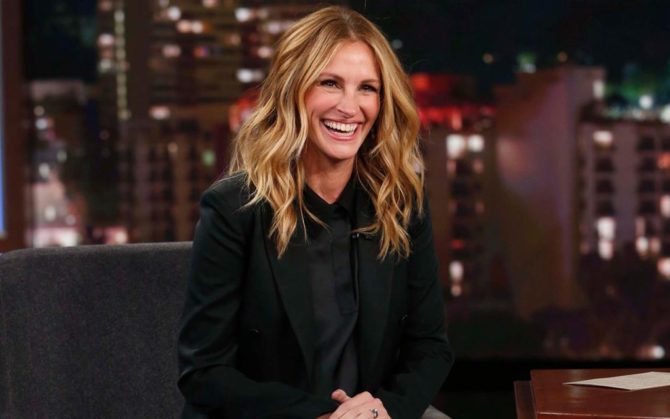 This Pretty Woman is getting prettier all over, apparently! The Post-Journal, a daily newspaper serving Jamestown, New York, just unleashed a hell of a typo on its 21,000-plus subscribers. In a recent issue, an Associated Press story about Julia Roberts’ recent TV and film performances is headlined:

“Julia Roberts Finds Life And Her Holes Get Better With Age”

We should all be so lucky.

The original headline for the AP story can be seen in its original, safe-for-work state on the New York Times website: “Julia Roberts Finds Life (and Her Roles) Get Better With Age.”

Yes, someone at The Post-Journal deleted the parentheses but then also, inexplicably, changed that vital “R” to an “H.”

The newspaper later issued a correction, but the damage was done. Twitter is currently reading The Post-Journal for filth, not for news.

I love a good holesome headline…

I bet they checked that correction 10 times.

What we’re not going to do is discuss Julia Robert’s holes not today or any other day?? pic.twitter.com/09hO1etuGZ

hope for us middle-aged ladies yet then….

Suffice it to say, some hapless Post-Journal employee had a tough day at the office.