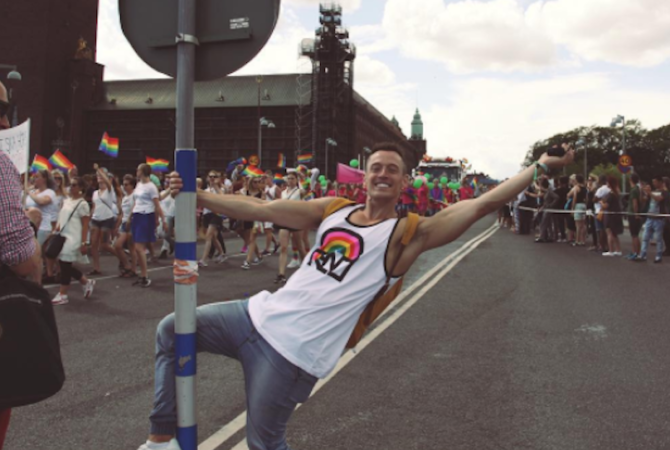 Davey Wavey has been causing a stir on YouTube for a solid decade, racking up millions of views and a raised eyebrow or two along the way. Lately he’s focused on showcasing unique points of view in the LGBTQ community that often go unnoticed — from overweight guys feeling sexy to a 95-year-old coming out of the closet. And yes, he still ventures into the realm of sex and pleasure, like with this video about 7 secret erogenous zones.

With the political climate being what it is, everything gay brings me pride! In the face of unfriendly headwinds, it’s so important for us to celebrate our queerness – and I do that in all aspects of our work. From creating content on YouTube to our explicit series on exploring pleasure, we’re working to unapologetically, unabashedly lift up queer sex and sexuality.

I remember my first pride like it was yesterday. I was 21 and doing an internship in New York City. Coming from a conservative Catholic family and attending Catholic school and college, I spent most of the parade crying. It was the first time that I felt community – and felt loved for who I am. It was overwhelming.

For a few years, I helped broadcast the live coverage of the San Francisco Pride Parade. I was totally unprepared for the amount of penis that I was going to see on the streets, and I spent most of the broadcast giggling and blushing. 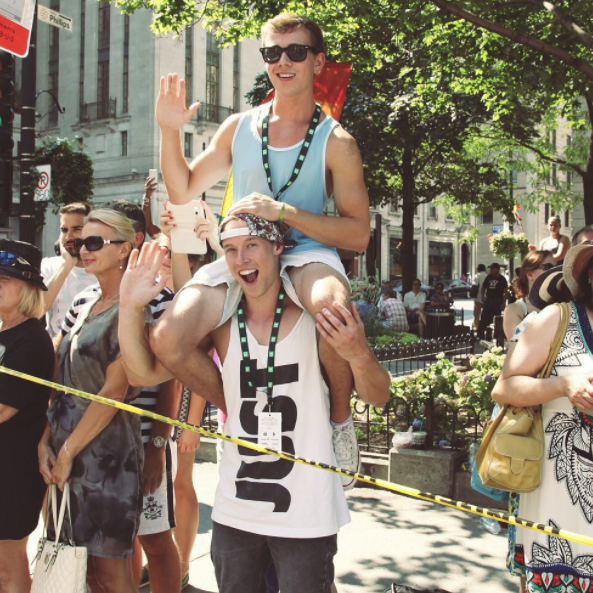 Manchester Pride in the UK is my absolute favorite, and I’m always looking for an excuse to go back. The city has such a tradition of advocacy, and they’ve done a great job of infusing their pride with a sense of purpose.

Every year, Pride feels different. Last year, our community was devastated by the shootings in Orlando. The year before, we celebrated the win for marriage equality. This year, there’s a sense of coming together, marching and standing up in the face of an unfriendly administration.