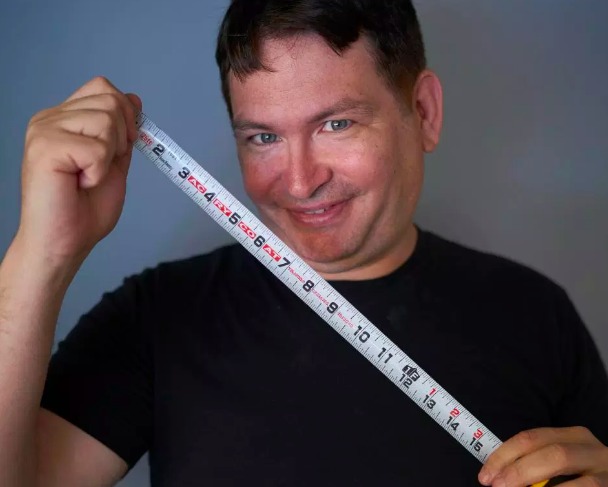 Jonah Falcon is believed to have the biggest “natural” penis in the world, measuring 13.5 inches long and 8 inches in diameter when hard.

“It’s thicker than my wrist,” he tells the Sun in a new interview.

But having the world’s largest documented manhood isn’t all that it’s cracked up to be. Jonah says it’s has crippled on his ambitions of being a serious actor.

“It’s handicapped my acting because people won’t hire me,” 47-year-old Falcon, who is openly bisexual, says. “They Google ‘Jonah Falcon’ and then say, ‘We can’t use him he’s known for his penis size’.”

He continues, “It’s definitely harmed my career. I’ve had two casting director friends who have told me so. It sucks! It relegates me into doing smaller parts.”

Falcon says “none of the major networks or studios” will hire him despite his willingness to do just about anything.

“ll definitely do a full frontal scene as that’s what people want,” he says.

Even though he can’t get any meaty movie roles, Falcon say he hasn’t been totally out-of-luck in Hollywood.

“Yes I’ve slept with celebrities including Oscar nominees and Oscar winners,” he says. “But I can’t talk about that.”

He continues, “I can’t even say if it was men or women. It’s a very limited list so I don’t want to narrow it down too far. Most of the time they sought me out. One or two of them were at parties. I’m a unique property I guess.”

In addition to being a “unique property”, Falcon also describes himself as “a bit of a gay icon.”

He continues, “People also treat you differently when they find out you’re over a foot long. I think people start viewing me more sexually–and no longer geeky or nerdy.”

If only they’d start viewing him as a serious actor.